I work with an Indigenous community on whose territory an Indian Residential School operated. Many who attended the school, or are friends and family of those who did, hold memories of generations of disease, abuse, malnutrition, and, in the case of more than 150 children, death. We work together to develop comprehensive knowledge of school burials on their land—knowledge that supports their process of community healing.

In 2015, the Truth and Reconciliation Commission of Canada issued its final report on Canada’s Indian Residential School (IRS) system for Aboriginal children, chronicling over a century of systemic abuse and attempted cultural genocide. For many First Nations peoples, the memories and consequences of the residential school system are an active trauma, lived daily and in profound need of redress. Such is the case with the community of Indigenous people I work with, whose elders and ancestors attended a residential school built upon their own traditional territory. Their oral histories as well as institutional records chronicle generations of disease, abuse, malnutrition, and, in the case of more than 150 children at this school, death. In keeping with IRS practices, children’s remains were not returned to parents and were instead buried on school grounds, sometimes in formal cemeteries but more often in unmarked graves. These burials endure powerfully in community memory. The unknown geographic breadth of the unmarked graves generates an unbounded landscape of contemporary spiritual and social trauma, interfering with daily life. Community members do not know the precise quantity or location of graves but report being haunted by children who died at the IRS and whose souls are not at rest. I work in response to a request from this community, who believe their ongoing process of healing would benefit from knowing the precise location of these burials. I work to build a comprehensive history of IRS burials on their land, drawing on institutional records and interviews with community members to direct archaeological survey of the IRS site using ground-penetrating radar. In the process, we may collaboratively begin to build best practices for archaeologists working in partnership with communities grappling with IRS-caused intergenerational trauma.

I see a Public Scholar as someone endeavouring to do work that is accessible and meaningful to people well beyond the confines of their profession ... as one continuing to ask questions such as: Is what I’m doing of interest and import to those outside of my own community? Am I doing work that is responsive to social need? Are there new media and venues I can better explore—ways in which I can make what I do legible and compelling to as broad a public as possible?

The UBC Public Scholars Initiative’s valuing of non-traditional products of scholarship offers crucial support for taking the public education component of my research in directions that are creative, multidisciplinary, and responsive to the needs of the community I work with. Little work of this kind has been done—bringing archaeological techniques to a Residential School context. For both myself and the community, this is a cautious process, as we attempt to develop approaches that serve the best interests of community members. We do not characterize our work as “research”; we attend to the emotionally affective nature of our work; and we constantly reconsider our pace and our methods. All of these dynamics are difficult to navigate from within the academy, and I am grateful for the Public Scholars Initiative’s institutional support for the approaches required by this sort of work.

There are many ways to do meaningful, socially-impactful archaeology in British Columbia. Archaeologists bring a broad array of skills and experiences to their practices—material analysis, knowledge of traditional landscapes, ethnographic skills, and significant familiarity with Indigenous histories. I think that my strength is in reckoning with the social implications of archaeology and the ways various conceptions and valuations of the past intermingle to produce contemporary meaning. My PhD work is about just that: how do we make sense of and reconcile with a recent past that has profound resonance in the present? This is the particular orientation I bring to my practice and seek to develop through my PhD.

The research partnership I work within is a direct response to an Indigenous community’s call for support—toward a goal of community healing ameliorating spiritual distress. Through a collaborative community research arrangement, I endeavour to identify and map the extent of this community’s Indian Residential School burials. Doing so will also help bring these atrocities to public attention as well as prompt consideration of what role anthropological researchers and research institutions might best play in a Residential School mortuary context.

It is apparent that, even in the wake of the Truth and Reconciliation Commission’s final report, there remains widespread ignorance and disavowal of the institutionalized racism and systemic abuse that characterized Canada’s Indian Residential School system. I work by invitation from First Nation partners, who aim to educate the Canadian public about the history of the Residential Schools. My part in this endeavour will begin with archaeological work—identifying, enumerating, and mapping formal and informal burials. But I also come to the project with a background in storytelling, through writing, illustration, and video. My ambition is to offer these abilities towards a collaborative effort to bring the detail, gravity, and contemporary impact of the IRS atrocities to greater public attention.

My MA research represents an attempt to survey the landscape of British Columbian archaeology, to examine how archaeologists in the province work with Indigenous Traditional Knowledge and knowledge-holders. Though I only scratched the surface of the variety of research relationships that exist between archaeologists and First Nations communities in BC, I did discover a wealth of inventive approaches. This experience motivated me to next seek a project that would allow me to put some of what I learned into practice, to work collaboratively on a First Nations-led project of contemporary import. Through UBC, an opportunity emerged to do just that—to bring my skills and knowledge to bear on the pressing issue of truth and reconciliation.

For an archaeologist who works with living people on the British Columbian coast, UBC offers three attractive strengths: 1) UBC’s archaeology program is housed in the university’s Department of Anthropology, a situation that encourages anthropologically-focused archaeological work and supports it through a wide variety of faculty and peers with expertises in the social sciences; 2) UBC’s anthropology department has a long and notable history of research on (and increasingly with) coastal BC First Nations—the deep histories and contemporary lives of the Indigenous peoples of this province; and 3) most broadly, UBC offers a remarkably wide gamut of potential support for my research interests. The Public Scholar Initiative backs research that is strengthened by non-traditional approaches to scholarship; institutions such as the First Nations House of Learning and the Indian Residential School History and Dialogue Centre aid and facilitate those working in Indigenous contexts; and initiatives such as the Indigenous/Science Research Cluster encourage collaboration between archaeologists, social anthropologists, linguists, philosophers, and natural scientists, developing research relationships through which our array of strengths can be collectively brought to bear on First Nations-initiated research.

Help scholars like Eric make a difference in the world!Support the Public Scholars Initiative. 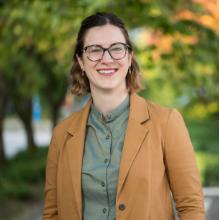 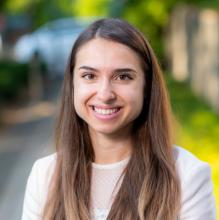 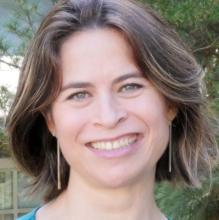 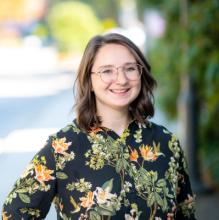