Audiences Exposed: Communication and Discipline in the Philippines in the late 20th Century

Working on audience studies and surveys conducted in the Philippines between 1950 and 1980, Ty proposes to reinterpret these “data” as graphics and display them in an online exhibition. Through this exhibition, he aims to encourage audiences to recall and reflect on their “exposure” to the mass media.

Using the pioneering on “media exposure” in the early decades of the Philippine republic, I examine how the local elites imagined the audiences as belonging to— and thereby manifesting the existence of— a market, a public, and even a nation. Such performative imaginings had powerful implications on how the state engaged "the people" and how the people participated in national affairs as well as how they related to each other. The declaration of Martial Law in 1972 by then president Ferdinand Marcos pushed into stark relief the particular currency of knowing the audiences. As it took full control of the mass media, the state under Marcos wielded audience research to support the disciplining, in both its repressive and productive sense, of the people. At stake for the state was the sole power not only to communicate to the people but also to constitute them as audiences of Marcos’s spectacular dictatorship.

For me, a public scholar not only aims to engage a community but also to think reflexively about what publics and counter publics she is constituting through her scholarship. This thinking would or should include how she is presenting her scholarship to her multiple audiences to engender dialogue.

By foregrounding the question of who are the publics of our dissertation, by making us think about this question deeply, the Public Scholars Initiative opens up— at least for me— alternative ways of doing research.

Honing my nascent skills in digital humanities, particularly in visual analytics and online curation, will allow me to engage in the field of data science. I am still a bit unsure of the how but I know such engagement will broaden my career possibilities. I think being a part of the Public Scholars Initiative this year will help me concretize these other options.

My community, in the context of this research, is comprised of those who accessed or who were reached by the mass media in the Philippines in the late twentieth century. So this community is immense. Some of them have already passed away, but some are still alive living either in the Philippines or in the diaspora. In the last year I have been thinking about how to engage them. I just did not want to write about them but to include them in analyzing their status as audiences. I thought of re-presenting the data that have been gathered about them to them and allow them to examine how communication researchers have constituted them as audiences. Digital Humanities has provided me with the tools to realize this aim. Now I just need to know to use these tools effectively and creatively.

I wanted to do research on the Marcos regime. I was born at the height of the Marcos rule and I could already remember the years leading to the fall of his dictatorship in 1986. I realized that my experience of that period was mediated by mass communication. And I became very interested in making sense of that experience. Pursuing a PhD in History was one of the few ways I could do this research.

I am excited to work with my supervisor, Dr. John Roosa, and another faculty member in department, Dr. Alejandra Bronfman. Their respective research does not have anything to do with the Marcos regime, at least not directly, but I am drawn to how they approach historical questions. I also wanted to be affiliated to and worked with the scholars at the Institute of Asian Research and the Liu Institute for Global Affairs.

Help scholars like Teilhard make a difference in the world!Support the Public Scholars Initiative.

For me, a public scholar not only aims to engage a community but also to think reflexively about what publics and counter publics she is constituting through her scholarship". 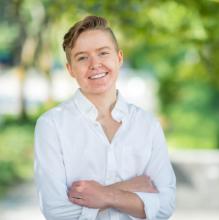 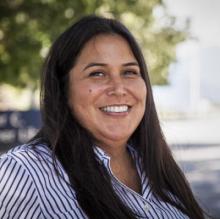 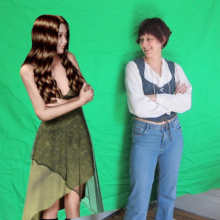 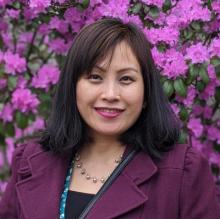