Golden Letters Arrayed Like Stars and Planets: The Revitalization of Literary and Spoken Tibetan

My work focuses on the relationship between the highly revered classical Tibetan language and the many spoken forms with the aspiration of promoting this linguistic variety while simultaneously recognizing the shared inheritance of the classical source language. 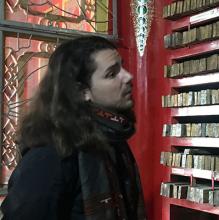 Every syllable of the Tibetan language is regarded as inherently sacred, imbued with the power to liberate beings from suffering. The Tibetan literary religious corpus is among the vastest in the world while there is an entire language family, Tibetic, that has descended from the classical source language and is spoken throughout the mountainous heart of Asia, on the highest plateau in the world. Despite the sheer reverence with which Tibetans hold their written and spoken languages, they are endangered in every country where they are used, overpowered by the dominant national languages. With their endangerment, we risk losing far more than vocabulary and grammar; unique, ancient ways of understanding the world are indivisibly woven into the words themselves. Without intervention, there is a risk that these precious literary and oral traditions, which one 13th century Tibetan scholar described as being like "golden letters arrayed like stars and planets," may rapidly cease to be carried forward into the future.

My research seeks to support the vitality of the diverse language varieties on the Tibetan plateau while simultaneously acknowledging and celebrating their connection the classical source language. In addition to the theoretical contributions I plan to make concerning the relationship between orality and textuality, I also plan to work with local communities in the important work of cultural and language revitalization, helping to ensure these languages continue to be carried on living breath for generations to come.

I think being a Public Scholar requires a dedication to translating and implementing your research beyond the narrow confines of your own academic discipline. In my case, this first and foremost means a strong commitment to supporting cultural and language revitalization throughout the Himalayas and Tibetan plateau. It also means that I want to share with the world, not only the discipline of linguistic anthropology, the sophistication and beauty inherent in Tibetan language.

The Public Scholars Initiative seems like a logical and necessary intervention during a time in which the meaning of a PhD has dramatically changed. The vast majority of PhD graduates do not continue to formal careers in academia, and yet the emphasis of most doctoral programs is still nearly exclusively the production of peer reviewed journal articles. While this academic writing is of course necessary and important, my own commitments are such that my work must also be of direct benefit to the communities with whom I work; the rarified language of academia rarely serves this purpose. I therefore appreciate the PSI's emphasis on reconceptualizing the PhD, seeing graduate studies as an opportunity to directly and beneficially engage beyond the confines of the academia.

While I have deep admiration for textual scholarship, I ultimately chose to pursue my doctorate in Anthropology as opposed to Religious Studies because I want to support the living languages and traditions that continue to act as conduits for cultural transmission in the culturally Tibetan world. I am committed to Tibetan language curriculum development, particularly of children's literature, as well as initiatives supporting broader Tibetan literacy. I am also dedicated to working for the documentation and revitalization of endangered Tibetic oral traditions. I see all such work as being inextricably intertwined with the purpose of my PhD and my career moving forward.

In concert with my academic research, I intend to work with local community members to help produce Tibetan language curriculum as well as to assist in local oral documentation and revitalization projects. When desired by the local communities, I also aspire to share wisdom from these traditions with the broader English reading world.

Through supporting language and cultural revitalization initiatives, I hope to contribute to the vitality of the diverse language varieties on the Tibetan plateau while simultaneously acknowledging and celebrating their connection the classical source language. I see this work as being intimately related to the broader project of promoting understanding and making "the world safe for human difference."

I spent three years living with Tibetan communities in India, Nepal, and China and was overwhelmed by the sheer reverence with which they held their language, particularly in its written form. I also saw that dominant national languages were creating obstacles to the vitality of Tibetan. I wanted to understand these dynamics and learn how to support the perpetuation of this important language. So, I decided to pursue my PhD in order to fulfill my aspirations for contributing to cultural and language revitalization throughout the Tibetan plateau and the Himalayas. I realized I required further training in order to most effectively assist in to this important and meaningful work. I further concluded UBC was the best place in the world for me to pursue these studies both due to the Himalaya Program and related faculty, as well as the vibrant and dynamic First Nations presence.

Of all the graduate programs I considered, UBC had the strongest constellation of scholars and resources to allow me to fulfill the potential of my dissertation project. I could not hope for a better supervisor than Dr. Mark Turin and I am deeply inspired by each of my other committee members, Dr. Wade Davis, Dr. Sara Shneiderman, and Dr. Tsering Shakya. They are all world-renowned scholars in their respective fields and I feel grateful every day to learn under their guidance.
In terms of Tibetan and Himalayan Studies, I am also grateful to work as the Graduate Student Coordinator for the UBC Himalaya Program, rapidly becoming a leading North American centre in the field. I also benefit from the vibrant Tibetan community in the Greater Mainland and the several brilliant Tibetan scholars who have moved here in recent years.

To learn about respectful collaborative research and cultural and language revitalization, I am a very grateful guest on the unceded, ancestral and traditional territory of the xʷməθkʷəy̓əm (Musqueam) people. I am humbled and honoured for the opportunity to live here and learn from such deep, continuous presence.

In addition to UBC having two of the world’s leading anthropologists of the Himalayas and one of the most eminent scholars of modern Tibetan history, I was also attracted to the vibrant Buddhist cultures in Vancouver. I was also eager for the opportunity to learn from the hən̓q̓əmin̓əm speaking xʷməθkʷəy̓əm people and Pacific Northwest First Nations more broadly.

I came to UBC well-informed about the academic and learning opportunities that I would be afforded, but I was very pleased to discover the spectacular geographic beauty of the campus. I particularly appreciate the silent forest groves of Spirit Park and watching the sun set over the Pacific from Wreck Beach.

Spending several years of intensive learning removed from an academic context provided the best training for my current studies at UBC. Were it not for this time, I would have never known of the existence of my current research topic, much less be able to formulate it into the subject of a dissertation.

Be prepared to feel spectacularly ignorant and experience occasional existential dread when you feel like you know nothing of your research topic at all. These momentary difficulties will provide you learning opportunities like nothing else.

Help scholars like Patrick make a difference in the world!Support the Public Scholars Initiative.

Being a Public Scholar requires a dedication to translating and implementing your research beyond the narrow confines of your own academic discipline. 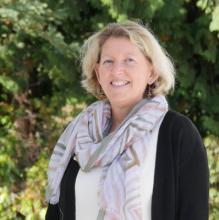 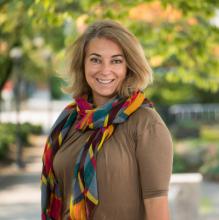 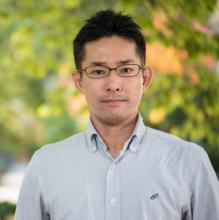 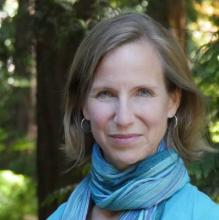