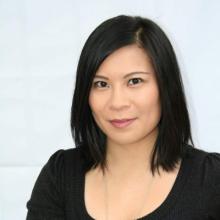 Although I earned my B.Sc in Biology, I became very engaged in Psychology after taking a few courses. I was particularly interested in the biological and environmental factors that impacted an individual's life, such as their socioeconomic status, the social group with which they belonged to (for example, based on their race or language group). I was fortunate enough to be given an opportunity to work as a research assistant in the Social Cognitive Development Lab under the direction of Dr. Andrew Baron, where I was able to begin designing and conducting infant studies that aimed to understand how humans perceive the world early in life, and how their experiences affect their behaviors. I couldn't imagine doing anything else after working in the lab, so I applied for graduate school!

Since I had been working in the Social Cognitive Lab prior to applying to grad school, I felt confident that my interest in the types of research being conducted in the lab would be the best fit for me. My professor Dr. Andrew Baron also had developed a unique relationship with the Telus World of Science (Science World), in which The Living Lab was created to invite the community to participate in our research. Since I felt compelled both by the research we conducted and our ability to share this work with the community, I was grateful to be accepted by the UBC Developmental Psychology Department.

The Psychology program is very diverse and brings together many motivated and passionate researchers. I appreciate the collaborative nature of the department, where students are encouraged to present their research to their fellow graduate students and faculty, which provides a unique opportunity to receive feedback and expertise from others.

UBC is a self-sufficient, vibrant campus with excellent academic resources, restaurants, and sources of entertainment - it's a great place to both work and socialize! UBC is very diverse and inclusive, and there is something for everyone! Also, Vancouver has some of the most beautiful beaches, parks, and mountains the world has to offer.

After working hard to conduct and understand my research questions, I am always excited to share my findings with others and bounce ideas off of other graduate students and faculty. One great aspect of the graduate program is being able to attend conferences in different countries each year, to present my work to new audiences, and meet new people who are very engaged. It can also provide you with a unique and fresh perspective on your work, and can be a lot of fun!

As a Developmental Psychologist, my biggest challenge is being to recruit a sufficient number of participants in a timely manner, since the population I work with primarily (infants) is quite limited. This also influences the sample size that I am able to reasonably include in each study. I think that this will continue to be a challenge throughout my career, as it does determine the number of studies that can be run, and how much novel work you will be able to present when on the job market. However, this does not deter me from my goals, but rather makes me intensely aware of the priorities for my research interests and questions, and where I think my research will have the largest impact.

UBC is a self-sufficient, vibrant campus with excellent academic resources, restaurants, and sources of entertainment - it's a great place to both work and socialize!

Thankfully, the psychology program is very collaborative, and has found creative ways to open up the world of research to the broader community through BC Women's and Children's Hospital, daycare, schools and Science museums such as the Telus World of Science (Science World), which contains The Living Lab. I first found out about the wonderful opportunities parents could get involved in with the Early Development Research Group (founded by Dr. Janet Werker) when I was hired as the hospital recruiter at the BC Women's and Children's Hospital prior to applying for graduate school. All of the parents that agree to receive more information about Psychology research have a chance to bring their children into the lab to be a part of the studies being conducted by multiple labs.

Enrolling in a Directed Studies course with my Zoology professor Dr. Aviles gave me a unique opportunity to learn how to develop a research question, perform a literature review, and understand the importance of a theoretical framework. Then, being a part of Dr. Andrew Baron's Social Cognitive Development Lab (as a research assistant and directed studies student) provided me with an eye-opening experience of studying, analyzing and understanding empirical studies, while being able to learn how to design and conduct research of my own.

As soon as the sun is out, I try to enjoy the outdoors. If I am short on time, this may just mean a quick walk on campus through the Rose Garden, or, if I have more time, short hikes or a jog around the seawall at English Bay. I also love getting sushi with friends (which is amazing in Vancouver), and sometimes just winding down at home with my husband watching Netflix.

I would advise new graduate students to remain focused on their passion for their studies, and why they came to graduate school in the first place. There are a lot of challenges in the first year, which can both be work and personal related (such as building a good working relationship and finding common ground with your supervisor, to handling your coursework, to getting your own work up and running), so just take a step back and remember to pace yourself.

Navigating the complexities of social relationships is a fundamental task that all humans face throughout their lifespan. To become competent social members, children must first learn to identify and distinguish among various forms of social power, including those based on dominance and prestige. Therefore, my research aims to understand how people with varying levels of social power and status are perceived from an evolutionary and social cognitive perspective. To accomplish this, I have been investigating infants’ understanding of social dominance by looking at how “strength in numbers” influences perceptions of dominance. We are also interested in studying the types of inferences children make about dominant and prestigious individuals, who are highly attended to. Specifically, whether young children are more likely to learn from dominant and prestigious individuals.