Placing the Just Transition in Scotland and New Zealand

How do countries who pledged to prioritize well-being over wealth manage just transition processes in their fossil-fuel-dependent regions? Max works with actors in Scotland and New Zealand as they design and act on just transition policies that move from fossil fuels to renewable sources, and hopes to capture the best examples and policies that emerge from these processes that could help others, like Canada, to undertake the transition.

The Public Scholars program is one of the main reasons I applied to UBC for my doctoral studies. Being a Public Scholar enables me to publicize my research on community radio to a professional standard so that it is accessible beyond traditional formats of the written dissertation. The PhD process feels more fulfilling knowing that I have the backing of an initiative that encourages alternative methods like radio and podcasting.

The Public Scholars Initiative reimagines PhD research as contributing not only to academic fields but wider social objectives like democratizing access to knowledge and social justice. Working with fellow Public Scholars on projects ensures the PhD experience is also a collaborative process.

Following my PhD I would like to continue working in radio to publicize my research in politics and geography. I would also like to continue teaching. Connecting with NGOs and media professionals during my PhD will hopefully open up opportunities in networks of policy and communications experts working towards the just transition.

My research engages with local communities in Aberdeen, Scotland, and Taranaki, New Zealand, to rethink more sustainable forms of regional development beyond fossil fuels. I also publicize my work on community radio to engage with people in the arts and the wider public to deliberate important political issues. Overall I hope to ground the challenging, more abstract policy work on the just transition with community development and deliberation at the grassroots level.

My research contributes to the public good by democratizing our conversations about the economy and energy. I also hope to promote more environmentally and economically sustainable approaches to regional development, based on renewable energy systems and valuing public goods and services.

Pursuing a graduate degree allowed me to dedicate time to researching complex political issues like the just transition. I wanted to join a community of like-minded people committed to research, teaching, and activism around climate justice at UBC geography.

I wanted to work at the geography department at UBC which is home to a conscientious, hardworking, and eclectic mix of human and physical geographers working at the forefront of research and climate justice. The Public Scholars Initiative's commitment to reimagining the PhD was also central in my decision to study at UBC.

Help scholars like Max make a difference in the world!Support the Public Scholars Initiative. 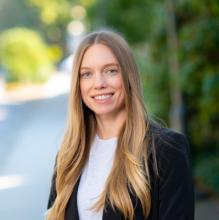 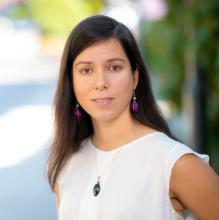 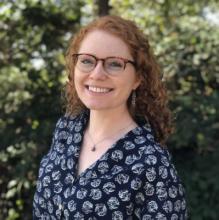 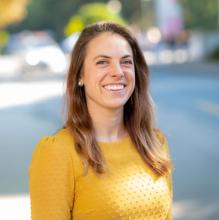