Climate change, land use change, or both? Spatio-Temporal Modelling of the Cryptococcus Gattii Fungus in the Pacific Northwest

In collaboration with the British Columbia Centre for Disease Control, Emily's work examines the potential roles of climatic and land use changes in determining the spatial distribution of organisms that transmit or cause disease. Her projects have so far included the study of mosquitoes, tsetse flies, and medically-important fungii. 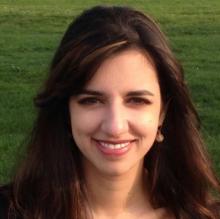 There is increasing concern over emerging infectious diseases worldwide, with one fundamental question: is climate change the main driving factor behind these emerging diseases or does land use change also play a significant role? In Canada, one such emerging disease is cryptococcosis, a potentially fatal respiratory and neurological disease caused by inhalation of Cryptococcus gattii fungal spores. While the fungus was formerly found in tropical and sub-tropical areas of Africa, Asia, Australia and Europe, C. gattii emerged on Vancouver Island in 1999 for unknown reasons. It has since been discovered on mainland Vancouver and the Pacific Northwest of the United States, with isolated findings in other areas of Canada and the U.S. In my PhD, I explore whether climate change, land use change, or a combination of these factors were behind the 1999 Vancouver Island outbreak.

Being a public scholar is very important to me for the networking opportunities it provides. In my own work, few people know what medical geography is, and even fewer know about the rare but important and dangerous fungus that I study. The PSI will allow me to expose my research to the larger community, engage with other researchers for potential collaborations, and teach me about other, less traditional career paths I may want to pursue when I have completed my PhD.

The PhD lifestyle needs to move away from the stereotypical ivory tower, locked-behind-a-desk perspective. PhD candidates are increasingly collaborating with other labs, other departments, and other universities, but I feel that more needs to be done. Gaining experience outside of universities is crucial for teaching graduate students about career opportunities well in advance of graduation so that they are prepared for what they can do when they get their degree. Learning how to communicate complex scientific concepts to a non-scientific community is also becoming increasingly critical in an age of fact-questioning. The PSI provides an invaluable opportunity for graduate students to be exposed to all of these aspects, and more.

My PhD would open doors to positions in the areas of academia as well as, hopefully, various health organizations. I would really like to pursue a less-traditional career path where I can work in more than one place at the same time. I have met with and worked with professionals who hold academic positions at universities that allow them to teach, while also working with health organizations at the forefront of new disease discoveries and outbreaks. I hope to do something similar in my own career, preferably with some traveling involved as well so that I may see how medical geography research is done in other countries.

My research is directly associated with the health of the larger British Columbia community, as well as the health of those in the Pacific Northwest and other parts of the world that are exposed to the Cryptococcus gattii fungus. Little is known about the ecology of this fungus, what led to its 1999 Vancouver Island outbreak, and where it might spread to next. The larger community needs to be educated about the presence of this fungus, what to do if they become infected, and how climate and land use changes affect diseases. My work can help inform the BCCDC about this fungus which will, in turn, be shared with the general public.

The BCCDC wants to explore how climatic and land use changes might have affected this fungus' establishment in Canada and, specifically, on Vancouver Island. I hope that my research can not only help answer these questions but can also be applied to the larger scientific question: how are disease-causing organisms affected by climate change and land use changes?

I always wanted to work in academia. To become a professor, to teach and mentor students, and to create and design new university courses and programs in medical geography, I knew I needed to pursue a higher degree and gain as much expertise as possible. Graduate school is not just about studying and publishing; it has also allowed me more time to collaborate and network with people in other programs and specialties.

Medical geography is still a very new field, and I found it difficult to find a mentor in Canada who was willing to take on a PhD candidate in this area. I chose UBC for my supervisor, Dr. Brian Klinkenberg, who has a lot of experience studying medical geography. He is also conveniently located on one of the most beautiful university campuses in Canada.

The trees. I've never been in any city that has so many gorgeous trees growing right in the city centre. The cherry blossoms also offer a wonderful welcome to spring.

Help scholars like Emily make a difference in the world!Support the Public Scholars Initiative.

The PhD lifestyle needs to move away from the stereotypical ivory tower, locked-behind-a-desk perspective. PhD candidates are increasingly collaborating with other labs, other departments, and other universities, but I feel that more needs to be done. 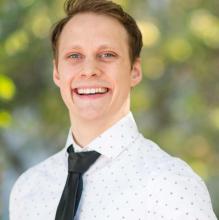 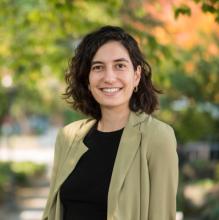 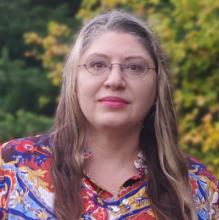 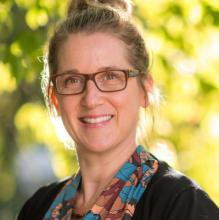