The graduate students, staff, and faculty in the department of soil science are a really supportive community. The range of research projects taking place was also appealing and I have enjoyed being able to learn about different areas of soil science research from my peers.

There are so many great areas to walk or bike around in Vancouver. The integration of the city with nature is really unique and makes it a great place to live.

I found that continuing to work with researchers from the network that I developed during my undergraduate degree eased my transition to graduate school.

I enjoy being able to work both outdoors and in the lab for my research project. Presenting my research at conferences has also been really enjoyable and I found that it has helped me establish myself within the soil science community.

I enjoy spending time outdoors by skiing, hiking, and camping. On really rainy days I like to have board game or movie nights with friends.

Feel free to ask your colleagues or peers for support when you need it. Conducting research sometimes feels like a rollercoaster of ups and downs but talking with others can make it easier. Also, be sure to celebrate your successes no matter how small! 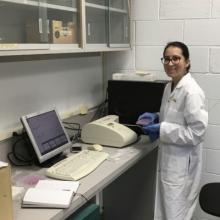 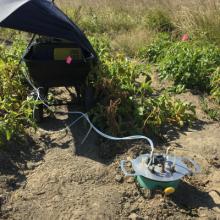 Agricultural greenhouse gas (GHG) emissions account for 10% of Canada’s total GHG emissions as of 2015. An increasing portion of these emissions are nitrous oxide due to greater nitrogen fertilizer use in crop production. The Lower Fraser River Valley is one of the most fertile agricultural regions of British Columbia. There is limited data quantifying GHG emissions from the region’s most economically important crops, one of which is potatoes. Additionally, some soils in the region have poor natural drainage which limits the timing of planting and harvesting for producers. The drainage issues are expected to worsen due to more variable and intense precipitation patterns. This study investigates the effects of nitrogen fertilizer rates and the timing of potato planting on GHG emissions in Delta, BC. The findings from this study will support the development of best management practices in nitrogen fertilizer use-efficiency and to reduce agricultural GHG emissions.