Ketty's research focuses on reparations and justice after wartime sexual violence in Uganda especially how women decide on whether or not to return to their rebel 'husbands.’ Ketty will engage with two organizations to conduct workshops that will renew momentum for redress and provide feedback for her PhD.

My research will investigate why young women decide to reunite or not with the fathers of their children born of wartime forced marriage and pregnancy, how they make these decisions and what this tells us about their notions of justice and reparation. The war between the Ugandan government and the Lord’s Resistance Army rebels led to abduction of 60,000 children who were trained and forced to fight against their own communities. Rebel commanders used young girls as sex slaves, fighters, porters, and wives. Upon escape from captivity, women returned to an impoverished community that blames and stigmatizes them for crimes the rebels committed. Some women decided to re-unite with their forced ‘husbands,’ others remarried, or remained single. In collaboration with two community organizations in Uganda, we will do consultative workshops with survivors of forced marriage and stakeholders working with them. Results will inform my PhD research and partners' work.

Being a public scholar means having the ability and mindset to view things from both the academic and public/non academic perspective. I find this public scholarship a good forum to figure out ways of translating theoretical knowledge into practice that can make the public understand and appreciate doctoral level studies.

Actually a big critique of PhDs especially in my community is its very theoretical and distant form of knowledge that may not be translatable to the lay person. The Public Scholars Initiative should provide more opportunities for PhD students to fill this gap and enable developing societies to appreciate and support more members of their communities to do PhDs. This can be done by increasing the public engagement and building relationships between the academy and the public in ways that the public does not view students and professors as knowledge extractors, but as partners and well-wishers in addressing the problems they face.

I am from a community that thinks doing a PhD affects one's mental abilities to function normally. I want to be the beginning of a generation that appreciates PhD scholarship as a good advancement of knowledge and a place to critically analyze and seek tangible and intangible solutions to human problems. My PhD work will enlighten and deepen my worldview about contemporary problems like war and equip me with skills to transfer the knowledge I gain to others both academically and pragmatically.

First of all I view my potential research participants as partners rather than respondents because the two organizations I will conduct the consultative workshops with are led by survivors of wartime forced marriage. The Women's Advocacy Network was founded by and for survivors, and Watyer Ki Gen was founded by survivors to support their children born of war and forced pregnancy. My research is an intersection between the academy and conflict affected communities in ways that recognizes them as agents of change rather than sources of data.

My work will improve the relationship between higher institutions of learning and communities in which they do research. This is because of the participatory nature of the research that is founded on strong relationships established prior to enrolling for the PhD and through this PSI workshops, stronger and new relationships will be built. Participants will feel a sense of ownership and utilize the results from the consultative workshops to improve their redress and reintegration strategies.

Growing up and working in a war-torn society exposed me to difficult life issues that nothing other than a graduate degree can answer. After working for over 10 years in northern Uganda, I decided to enroll for graduate studies so that I get the platform to reflect on my work and learn theories that explain incomprehensible human problems like war.

UBC has one of the best interdisciplinary studies graduate program and a complex research topic such as sexual violence in war cannot be addressed in one discipline. Further, the university has amazing professors like Dr. Pilar Riano Alcala and Dr. Erin Baines with expertise and knowledge in the subject of my research. This was significant in informing my decision to come to UBC.

Help scholars like Ketty make a difference in the world!Support the Public Scholars Initiative.

Growing up and working in a war-torn society exposed me to difficult life issues that nothing other than a graduate degree can answer. After working for over 10 years in northern Uganda, I decided to enroll for graduate studies so that I get the platform to reflect on my work and learn theories that explain incomprehensible human problems like war. 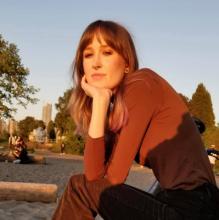 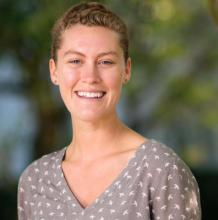 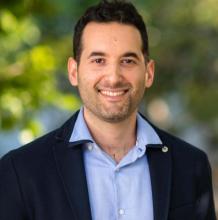 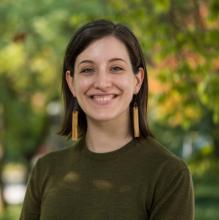