How does the image above make you feel? Your answer may be key to addressing climate change, because in the post-Paris Climate Change Agreement world, creating more sustainable landscapes depends on local perceptions of proposed low carbon energy development projects.

I recall an exquisite yet frightening ice-sheathed world when the moon rose over my dark neighborhood in Maine following the ice storm of 1998. My family and millions of others lost electricity for over a week. My sister and I called it camping out in our house, but the novelty of life without electricity wore off after a few days.

Before this disaster, I hadn't given much thought to electricity. Sure, the lights didn't switch on during the occasional brief power outage, but it had never occurred to me that our running water and toilet used an electricity-powered pump. An extended power outage meant manual flushing. Relying on a woodstove not only for heat but also for cooking gave me a far less romantic view on life before electricity. And washing clothes by hand? No thanks.

Joni Mitchell summed up how I felt in her song lyric, "you don't know what you've got 'til its gone". I had taken electricity for granted without ever considering where it came from. Fast-forward a decade and a half later. My family cares where electricity comes from. While my dad installed a solar hot water heater for the showers and PV solar panels to help charge his electric car, I've been doing my PhD research on the controversy in New England over offshore wind farms, a promising but contentious new(ish) technology.

How does this make you feel? 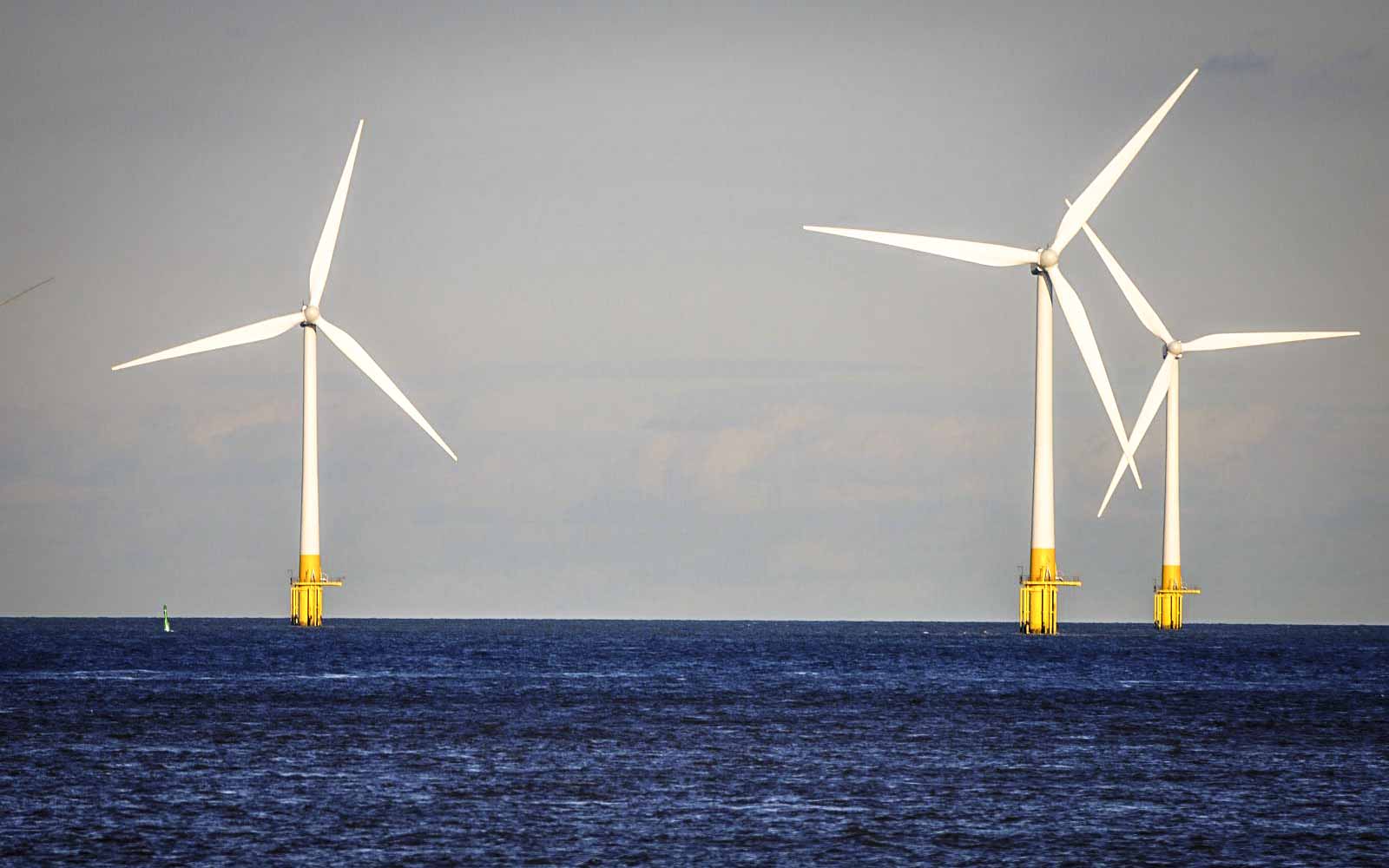 Part of my research entails asking: what do images of wind turbines -such as the one on the left- make you think about? How do they make you feel?

Your answer may be key in addressing climate change, because in the post-Paris Agreement world, generating climate-friendly electricity depends more than ever on the extent to which people obstruct (e.g., file lawsuits), accommodate or champion low-carbon energy solutions. Perceptions matter.

If you are like the majority of North Americans, you probably have vaguely positive reactions to these images, even if you perhaps feel a little overwhelmed at the height of the turbines and the scale of the London Array Wind farm. According to opinion polls and my survey results, most North Americans support the development of offshore wind farms, which they think of as clean sources of electricity. Despite general public support, problems arise when it comes to financing and figuring out where to put offshore wind farms. Why?

For an offshore wind farm, the cost per unit of electricity generated is approximately two to five times more expensive than electricity from onshore wind, hydroelectric dams or natural gas plants. These costs will likely diminish over time. Despite the expense, Northern Europeans have already built industrial-scale wind farms. For example, the 175-turbine London Array powers approximately 500,000 homes.

If North Americans get serious about reducing carbon emissions, which will be needed to meet the new goals espoused at the COP21 climate negotiations, harnessing offshore wind could be an important part of a low-carbon energy portfolio, particularly for the Eastern seaboard of the U.S*.

The fledgling offshore wind industry is rapidly gaining momentum in the U.S., but, as evident in numerous lawsuits, it has not been smooth sailing. My PhD research explores why it has been controversial and what can be done to address people's concerns about this technology**.

To dig into this controversy over transitioning to a cleaner source of electricity, I lived on my father's sailboat for a summer and commuted by rowboat to Island Institute in Rockland, Maine. Island Institute is a non-profit organization working to sustain Maine's island and remote coastal communities. They collaborate with communities, developers and decision makers to support effective stakeholder engagement and outreach processes related to offshore wind and other coastal issues. I partnered with staff in their Community Energy Program to help synthesize lessons they have learned about participant satisfaction and frustration with community engagement processes, which have played out on New England islands near proposed offshore wind farm sites***.

Over the summer, I met with island residents involved in energy initiatives and scoured documents about this new use of ocean space. I integrated my academic knowledge about risk perception and decision theory with their on-the-ground experience of how stakeholders were engaged on these islands near proposed wind turbines.

In our report, we emphasize the critical importance of making mutual learning accessible and collaboratively developing community benefits. The overarching goal was not to provide a guide to obtaining consent for offshore wind farms, but rather to improve the decision process and the quality of the interactions between communities, government agencies and project developers in the hopes of creating more acceptable outcomes.

The major lessons I took away from my summer of working closely with Island Institute is that attempts to change energy systems are inherently political and messy affairs. These efforts require long term collaboration with local communities. Conflict is pretty much inevitable because all sources of electricity have drawbacks. We can, however, learn from island residents, many of whom, by choice or necessity, tend to be remarkably self-reliant and mindful of their energy production and consumption.

As of 2015, the foundations for the first offshore wind farm in North America are complete, the majority of adjacent island residents support it and they negotiated for several community benefits from the developer. This could be a launch pad for a massive transition to low carbon electricity sources. Our case studies have relevance for other parts of the world where deliberating with communities and being mindful of their perceptions of low-carbon energy sources is key in transitioning to more sustainable alternatives.

Will transitioning to greener energy sources be too little and too late? Local satisfaction or frustration with renewable energy technologies and siting processes impacts the answer to this crucial question. 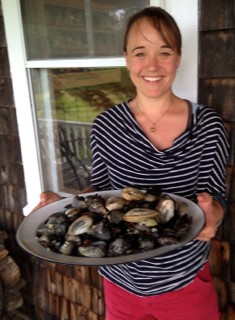 Sarah Klain lived on Peaks Island, Maine until age 5. She is currently a PhD Candidate at the University of British Columbia. Her dissertation focuses on offshore wind farms, risk perception, biodiversity conservation and environmental values. During the summer of 2015, she lived on her father’s sailboat and rowed to work to collaborate with Island Institute. This effort was supported by the UBC's Public Scholars Initiative, the Biodiversity Research: Integrative Training & Education (BRITE) program and the Gordon and Betty Moore Foundation.

* For examples of nifty albeit politically naïve renewable energy plans from a team at Stanford University and their partners, see here.
** See Whither Wind for a fantastic description of ambivalent environmental values at play in wind farm controversy.
*** We compared three case studies: 1) a wind farm near Block Island, Rhode Island, which, as of 2015, is on track to be the first installed offshore wind project in the U.S.; 2) a proposed offshore wind farm near Martha’s Vineyard, Massachusetts that is currently moving through regulatory processes; and 3) a proposed offshore wind project near Monhegan, Maine where developers are focusing on refining their floating turbine prototype.