UBC is home to an amazing range of facilities. One such is TRIUMF, Canada’s particle accelerator centre which has made UBC its home. From the hunt for the smallest particles in the universe to the development of new technologies, including next-generation batteries and medical isotopes, TRIUMF is pushing the frontiers in research to advance science, medicine, and business.

TRIUMF was founded in 1968 by Simon Fraser University, UBC and the University of Victoria to meet research needs that no single university could provide. The University of Alberta joined the TRIUMF consortium almost immediately. There are currently twenty full and associate members from across Canada.

TRIUMF houses the worlds largest cyclotron. A cyclotron is a type of particle accelerator that accelerates protons as they follow a spiral path through it. The TRIUMF cyclotron accelerates particles inside an air-free chamber between the poles of an electromagnet whose magnetic field guides the particles in an expanding spiral path. The particles are accelerated by 'kicks' of electric voltage every half turn. When the beam reaches the outside edge of the tank, it is bent into pipes called beam lines, which lead to experimental halls. The cyclotron at TRIUMF  accelerates 1000 trillion particles per second to speeds of 224,000 km/s, making TRIUMF's proton beam one of the most intense in the world!

The facility is also home to a variety of researchers and research groups from particle physics to life sciences. A natural magnet for the smartest minds, TRIUMF offers a unique environment for graduate students to develop their skills. Working in diverse fields, such as particle and nuclear physics experiment or theory, accelerator technology, detector development, molecular and material science, and nuclear medicine. Read about research opportunities and learn more about the scientists actively recruiting students. 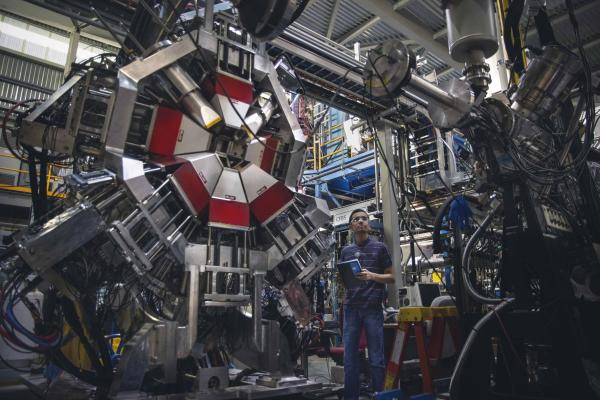 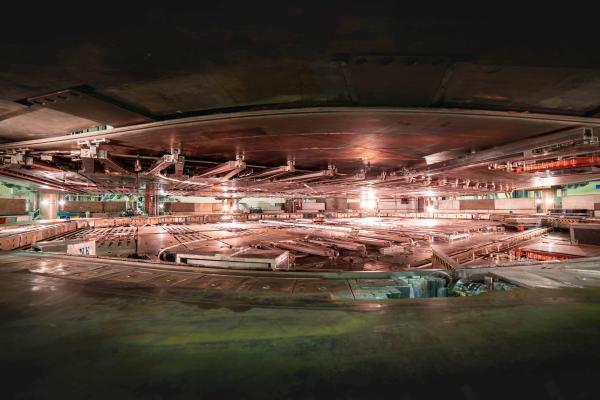