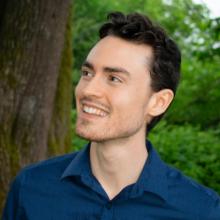 There are two types of scientists: those who love order, and those who love chaos. I am definitely of the latter type. Nothing is more awe-inspiring to me than the overwhelming complexity of the world around us, and nothing makes me happier than knowing that there will always be more strange and unexpected phenomena to discover. This is why I pursued a graduate degree: the privilege to be able to connect with a global network of researchers, all of whom are doing their best to unravel the chaos that surrounds us, is comparable only to the excitement of taking part in the unraveling yourself.

I was gifted the book Let Them Eat Dirt during my undergrad, which describes how microorganisms have evolved over the eons to work in symbiosis with their animal hosts. Similar to how an unbalanced diet can cause nutrient deficiencies, changes in the levels of various gut microbes have been shown to influence several health conditions such as asthma and allergies, and ever-growing evidence suggests that the microbiome may be involved in a wide range of other unexpected conditions as well. This teeming complexity, hidden within something I had completely taken for granted, was enthralling. Serendipitously, I found that the author of the book was a professor at UBC, which was already my first choice for grad school due to its outstanding reputation in the sciences (not to mention UBC's outstanding location). Who knew that a single birthday gift would have such a long-term impact?

UBC Microbiology & Immunology, or M&I, is a close-knit program that fosters a sense of community and support. The department administrators are helpful and knowledgeable, and there are ample opportunities for personal and professional growth throughout your degree, including a range of seminars, teaching assistantships, and travel awards. Collaborations are also encouraged, facilitating projects that tackle problems from multidisciplinary angles. It's a truly rewarding program!

My undergraduate degree was a co-op program, and as a result I moved constantly around Canada for various placements. I personally loved having an ever-changing environment, and wasn't sure whether I would be happy settling down in one area. Luckily for me, it's hard to be bored in Vancouver - there's just too much to do! If you love the outdoors, then it's heaven. If not, there are still plenty of events around town to keep you entertained, including everything from monster truck rallies to candlelight orchestras. Plus, the downtown library is modelled after the Colosseum - how could you not love it?

UBC Microbiology & Immunology, is a close-knit program that fosters a sense of community and support. There are ample opportunities for personal and professional growth throughout your degree, including a range of seminars, teaching assistantships, and travel awards.

The interdisciplinary environment is incredible! I love microbiology, but I'm awestruck by practically every STEM field. My building in particular, the Michael Smith Labs, is specifically designed to integrate researchers from a wide range of disciplines, and I happy to have the opportunity to learn more about cutting-edge research occurring outside of my personal specialty.

Taking part in a co-op program during undergrad was immensely beneficial because it allowed me to explore a range of different work environments and specialties before graduation. It can be quite difficult to gauge your interest level in a subject from an undergraduate class alone, since classes are heavily dependent on how well you mesh with the instructor. Books and YouTube are also excellent ways of exploring different fields - for me personally, I wouldn't be working in microbiology if I hadn't been gifted a book on the subject! Conversely, my undergrad also taught me what NOT to do. I tended to obsess over grades rather than maintain a healthy work-life balance, and as a result I felt chronically dissatisfied. I took the summer off after graduation, and used this time to establish a set of healthy work-life boundaries before starting my PhD. I haven't always successfully maintained these boundaries, of course, but having the mindset that I need and deserve time off from work has been critical for my graduate degree.

I used to play the trombone, but it's a hard hobby to keep up when you have roommates, so I've switched to the piano. I also love getting lost among the tall stacks of books at MacLeod's Books downtown, exploring the trails around Vancouver, and making new toys for my pet rats. I've considered making a dynamic maze for them to explore, but as a scientist, it seems a little too on-the-nose!

Everyone tells you that impostor syndrome is normal. I wish I'd listened to them! When I started my degree, I immediately discovered that the skills necessary for graduate success did not necessarily overlap with the skills I'd developed during my undergrad. As a result, there were many key aspects of my research that I wasn't immediately good at, such as fostering collaborations and developing rigorous research proposals. I struggled to come to terms with these deficiencies for a long time, and constantly wondered whether I belonged in grad school at all. It was only after I fully accepted my personal strengths and weaknesses that I was able to overcome my impostor syndrome and find my niche in the lab. It's very freeing to admit that something is not your forte, and it happens to be the best way to improve in these areas as well. Nowadays, half of my conversations start with me saying "I don't know", and as a scientist I've never felt more confident and productive. 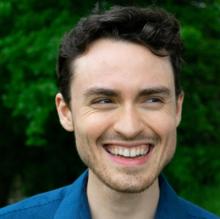 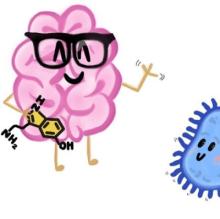 Parkinson's disease is the second most common neurodegenerative disease. Though best known for its effect on motor function, the earliest symptoms of Parkinson’s disease are often gastrointestinal in nature and may develop up to two decades before motor symptoms occur. Lifestyle and environmental factors that are present before and during this critical time may therefore influence the onset of Parkinson’s disease. We recently found that the MIND diet, a Mediterranean-style diet optimized to prevent cognitive decline, was associated with a significantly later age of disease onset. Diet is a critical modulator of the gut microbiome, wherein specific types of gut bacteria are consistently altered in Parkinson’s disease. Similar to how different foods have different nutritional contents, different microbes may have different effects on human health due to the specific array of functions they perform and molecules they produce. My research investigates potential ways by which the MIND diet may prevent or delay disease onset through gut-mediated mechanisms.