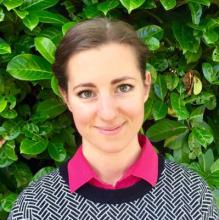 Those who know the most and care the least: How empathy and social power predict roles in bullying situations
Faculty of Education
Greenwich
Canada
Killam Doctoral Scholarships
Four Year Doctoral Fellowship (4YF)
Department Awards
Other Stories

I have always aspired to have a job that I will feel passionately about and that I believe will make a difference in the lives of others. While my undergraduate degree included some neuroscience courses, I wanted the opportunity to explore further. That is why I completed my MA in Behavioural Neuroscience at UBC. Understanding my hope to help others in a more applied way led me to a MEd in School Psychology. I am currently pursuing a PhD in School Psychology to marriage my interests in neuroscience and school psychology by studying paediatric neuropsychology.

I have always wanted to go to UBC. It's size and reputation made me feel that in relation to my research, anything would be possible. Also, I was excited about the idea of living in Vancouver.

The UBC doctoral program in school psychology is a high caliber, accredited program that is widely recognized within Canada, offering a broad spectrum of courses in both applied and research areas, with a strong methodology/statistical focus, extensive partnerships with local schools and a growing research faculty. In addition to Dr. Hymel, my research supervisor, the department includes a number of recognized scholars in the area of social and emotional learning. Additionally, there is a new faculty member in school psychology who specializes in neuroscience and executive functioning (Dr. Rachel Weber) that I wanted to work with based on my clinical interest in paediatric neuropsychology.

The beauty of this place still surprises me. It really never gets old.

Bullying continues to be rampant in Canadian schools, and while research and intervention programs implemented around the globe have attempted to eradicate bullying, they have had only limited success. The long-term, negative impact of bullying has been well documented for bullies, victims, and bystanders. My research is focused on how individuals respond in bullying situations (as bullies, victims, passive bystanders, or defenders) based on social power dynamics, social acuity, and levels of empathy. An individual may be a bully in one context and a defender in another. By investigating the interaction of empathy and social acuity within the peer social structure, and how they impact the responses of individuals during bullying episodes, we will be able to understand more about what situational factors create defenders rather than passive bystanders, or bullies rather than victims. In doing so, we will be able to design more effective intervention programs and prevent the long-term negative impacts that bullying is having on our young people every day.