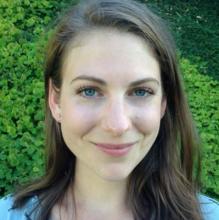 I wanted to pursue a topic I find very interesting and believe is socially valuable to the highest degree of rigour. A graduate degree gives me the freedom to do this and the opportunity to work closely with, and learn from, experts in my area of interest.

I came to UBC to work with my supervisor, who specializes in my area of interest. It didn't hurt that the campus at UBC is beautiful and Vancouver is a great city.

I am interested in climate change and the limitations economic theory faces in providing solutions to this type of problem. Within this area, I find our preference structure for environmental goods especially interesting because we appear to willingly follow a path of environmental destruction despite requiring environmental integrity to sustain our species.

Economic theory has several explanations for this phenomenon, such as the tragedy of the commons. I argue that these explanations are deficient because they do not account for what I argue is an essential, but thus-far ignored, cause of our inaction on climate change: the harm caused by our polluting activities is individually negligible but jointly significant. This means that the effects of greenhouse gas emissions are noticeable only in the aggregate over cumulative time intervals. I argue that this particular feature of the harms caused by climate change critically impairs our ability to make informed environmental decisions.

I offer an account of the difficulties individuals and policy-makers encounter when they face individually negligible effects and suggest ways to better incorporate this feature into existing theories of environmental problems. I suggest an alternative view on decision making under imperceptible, but non-zero, marginal costs, and suggest a novel solution for our seemingly misguided environmental decisions.