The World in A Suitcase: Experience of Place amongst Transnational Migrants of Russian Émigrés to France, Germany and the  United States

Gregory Gan creates compelling works that bridge the worlds of anthropology and film. Mixing video art, academic research and documentary filmmaking, his current project on Russian migration transgresses standard approaches to the study of mobility by offering an interactive documentary experience to both his research participants and the wider community.

My doctoral research in social and cultural anthropology focuses on the way Russian immigrants to France, Germany and the United States create social meaning and assert their sense of cultural identity in the process of transnational migration, especially seen in relation to material culture. Guided by the new mobilities paradigm, which emphasizes connections between places as networks of local and global knowledges, and the study of material culture, examining intersections between the movement of people and things, I studied Russian migration from Moscow to Paris, Berlin and New York, respectively. Focusing on the Russian diaspora provided unique theoretical insight, because the chosen fieldwork locations were historically situated as sites of ideological resistance, and thus, cultural loci for dissenting voices against the Soviet Union. At the same time, these diasporic communities sought connections with their homeland through familiar aspects of material culture, seen as both nostalgic and identity-affirming objects of significance.

One of the key goals in anthropology—a discipline that relies on ethnographic methods as a form of long-term engagement with a group of people whom we study—is the ability to communicate our research findings to a wider public. Recent political clashes surrounding mass migrations to Europe challenged social scientists, often well-equipped to examine multiple perspectives, to move beyond disciplinary boundaries, and to make their research transmittable to diverse audiences. I am excited by the opportunity to bridge anthropology’s aspirations with the goals of the Public Scholars Initiative by proposing an interdisciplinary, multi-media public exhibit on migration titled “The World in a Suitcase.”

I do not envision a PhD to be a gateway to a career. I consider PhD work a goal in itself; an experience that disciplines the researcher and hones a set of skills that have application beyond program requirements. I do not have the gumption to presume that these skills will allow me to pursue work in visual anthropology, whether in academia or outside it, but it is something that I hope I will continue to do in the future.

Many of us have things we value beyond their practical use: family heirlooms, letters, mementos and photographs. My doctoral research examines how migrants narrativize lived experience—and how they represent displacement and the related concepts of loss, memory and reconciliation—through objects. During my PhD fieldwork, I recorded over 100 hours of interviews with 40 participants across three continents. Eschewing top-down research approaches, I hope to involve my research participants in the shared process of knowledge-making by presenting an interactive installation that will allow participants across different countries to share their experiences with one another, and to strengthen their sense of belonging to a community abroad. As a commitment to participatory and engaged scholarship, this traveling, multi-media work which combines rigorous scholarship with artistic and cinematic techniques, has the potential to humanize the experience of migration when presented to a broader public.

My research philosophy is that before attempting to contribute to the "public good," the concept itself needs to be examined and re-examined. There are too many examples in contemporary scholarship where good intentions lack epistemic foundations, leading to self-serving and perfunctory research. Therefore, my position is to create a public work that has a strong ethical foundation based on participatory and engaged research methods, but which does not close access to complex or nuanced meanings. This is a risk that leaves room for uncertainty, but also one that hopes to avoid academic chauvinism.

To me, a graduate degree represented freedom. As antithetical as these two notions may seem, it took me a few years to return to graduate school, during which time I worked as an independent filmmaker. Having institutional support, the freedom to pursue your own research and opportunities to engage the wider community is a privilege. Ideally, this privilege comes with a commitment to address inequities between those who have that freedom and those who don't.

Having spent several years in Newfoundland, I packed my bags and took the train across Canada, with two cats and a hamster. Initially, I settled on Salt Spring Island, but found myself employed as a latte artist, rather than as a visual anthropologist. UBC was the next logical step, and it has provided a myriad of opportunities to both making engaged ethnographic films and enjoying vast quantities of coffee.

Help scholars like Gregory make a difference in the world!Support the Public Scholars Initiative.

my position is to create a public work that has a strong ethical foundation based on participatory and engaged research methods, but which does not close access to complex or nuanced meanings". 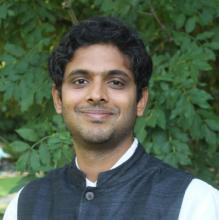 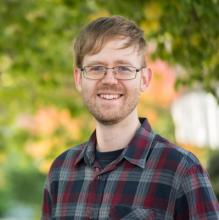 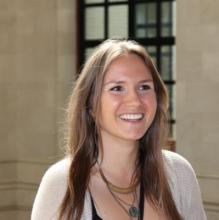 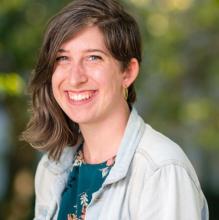