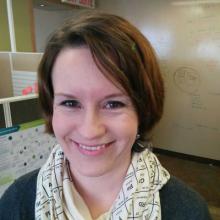 Intention is a funny thing when it comes to careers because so much of it is beyond the control of individuals. Often only the most conventional, unchanging roles are the ones that can be planned... and where's the fun in that? If I answer, "Does my job look like what I expected or planned?", then the answer is no. But if I answer, "Does my job give me what I wanted?", then the answer is yes.
Government of Canada
Head, IN.spire Innovation Hub, Natural Resources Canada
Vancouver, Canada
Ottawa, Canada
Faculty of Arts
Doctor of Philosophy in Gender, Race, Sexuality and Social Justice (PhD)
Multiculturalism and Human Rights
Daniel Joseph Hiebert

Where and what is your current position?

By title, I'm the head of the first innovation hub in the Government of Canada. But in practice, I am a professional troublemaker motivated by advancing innovation for the sake of the public good. For those with a literary background, my role is a little like Puck for the Public Service. And like Puck, there is method to the madness - an undercurrent of advancing a story that is yet to unfold, and is therefore open to new possibilities. I lead a team of mavericks who were hand-picked for their ability to look at the same system everyone else looks at and see something completely different - a chance for a paradigm shift towards a new iteration of the Public Service, optimized for a digital age. Technically, my current job is to advance new ways of working for Natural Resources Canada, where the IN.spire Innovation Hub is currently housed. But to do this, the team builds partnerships, employee capacity, pilot tests of things that haven't been done before, and generally tries to prove the value proposition of new ideas in Canada's Public Service. And we challenge the status quo by foregoing suits for sci-fi t-shirts, embracing diversity in all its forms, and valuing the ideas and input of everyone equally - from the Deputy Minister to the newest junior analyst. This way the inherent value of the ideas and insights themselves become paramount, and everyone is openly included as part of building the innovation agenda.

Is your current career path as you originally intended?

My last two jobs and the next one I'll have are positions that I couldn't have imagined. Intention is a funny thing when it comes to careers because so much of it is beyond the control of individuals. Often only the most conventional, unchanging roles are the ones that can be planned... and where's the fun in that? If I answer, "Does my job look like what I expected or planned?", then the answer is no. But if I answer, "Does my job give me what I wanted?", then the answer is yes. I'm in a position that I love and I am surrounded by a great team, where I'm continuously learning and I feel I'm making a contribution. So it's what I needed and, perhaps, where I needed to be, but it's not what I planned.

How does this job relate to your graduate degree?

I was always drawn to interdisciplinary work, and academia by its very nature is about the pursuit of adding value, discourse, knowledge to the human story. So when I was taking my various degrees, I moved around a lot and learned to love the pursuit of new ideas. But when I came to take my PhD, the supervisor I wanted said he wouldn't take me on unless I committed to using my education for the public good. He wasn't interested in training me for the sake of my own edification. So coming out of university I had a passion for new ideas, grounded in delivering real value for real people, and a fair bit of experience navigating spaces where there hadn't been well-established paths to follow. I also learned perseverance (and how to procrastinate effectively... which we now call "on-demand delivery" in government). Jobs change all the time, and even in a stable job, the nature of the work evolves. But the habits and lessons I learned in university stuck with me, as well as the wise advice from colleagues, which continues to influence my actions today.

What motivated you to pursue graduate work at UBC?

Good grief. That was a really long time ago. Looking back, I think it was because it was the path that opened up in front of me and I took it. There was more I wanted to learn when I moved into my Master's Degree. But I took my PhD for what is perhaps a less grand reason - my soon-to-be husband had just settled in a program at UBC, so I decided not to move to New Zealand (where I'd done an undergraduate exchange) to become a helicopter pilot and pursue a lifetime of goofing off. But with a Masters Degree in Women's Studies, it seemed like I should go the full distance and get my PhD. At the time, I couldn't imagine what field-related work I would do with a Masters, so I trusted in the system that I would figure it out with a few more years of study. Years later, I entered Government through the Recruitment of Policy Leaders Program, and was hired to help articulate a new direction for Natural Resources that fully embraced Aboriginal Consultation, so the degrees were put to very good use in my first position in Government.

So much to choose from - the learning, the people, being challenged, the joy of being able to access the accumulated knowledge of so many great minds. The AMS/Grad Society nerd-fest that is student government (that I totally loved being part of), the leadership advice from the senior administration at UBC, the mentors and friends I made that are with me still. Working in a program where the rules of grammar are a little flexible... having creative freedom :)

What are key things you did that contributed to your success?

Learn to change your mind with grace and learn to get back up, no matter what. When things look rough, try to find something nice you can do for someone else... if you're stuck (emotionally or professionally), kindness and contributing your time can help you stumble on new ideas, new paths and new purpose... plus it's just a good thing to do :)

What you think your life will look like will almost certainly turn out to be something different. You can't control the "what", but you carry who you are - your values, relationships, ability to learn and change your mind - with you as you go. So think of university more as a forge for your mind and soul, and less of a fixed path you move past between high school and a specific career (unless you're a doctor or specialized scientist, in which case, ignore me completely). P.S: pay attention to the rise of A.I. and the automation of knowledge work. The more you can focus on your unique, human value-add, the better the chance you'll be employed in 20 years.

No... but I did go on a student exchange overseas, and did some graduate research in India, which I would totally recommend.

IN.spire was the first innovation hub in the Government of Canada, so I currently do a job that didn't exist before I had it. "Obtaining" my current job was a by-product of a multi-year effort to create dedicated space for innovation and new ways of working in the federal department I worked in. My goal was to create space for the bright minds around me to do more than their jobs descriptions, and along the way I found a role for myself that I hadn't imagined when I first joined the Government in 2007. In the Public Service, I've made a career building things and doing things that haven't been done before. And that's where I stumbled on the secret that it's possible (though rare) to create your own job in Government, if the value proposition is high enough and you're prepared to put in the work to get there.

What challenges did you face in your graduate degree, or in launching your career?

I found the transition between UBC and Government tricky - no individual attribution (which was pretty easy to get used to) and a total lack of time or interest in deep, evidence-based decision making (which has proved a continuous struggle for me over the years, and I am no closer to being willing to accept defeat on this one). Anyone at UBC who is complaining about the tech on campus should not come to work for Government... we're still in the "what is Wifi?" stage, and it's practically mission impossible to get Apple tech (our team has it, but wow, was that an epic saga). But just like university, there are so many bright minds - amazing people - everywhere you go. I would have left Government at least twice by now over the past eight years, but I've stayed because of the amazing team and the future potential of the work we're doing. The hierarchal structure and workplace culture are more malleable than most people realize - they are human constructs, and anything that has been built by people can be changed by people, given enough imagination, time and perseverance.

The Government of Canada posted 2,700 jobs open to the public in 2015-16 on jobs.gc.ca, and received over 270,000 applications, filling 4,500 permanent positions, over 20,000 casual positions... and a range of other stuff in between like terms, student placements and graduate recruitment program placements. That's not counting the thousands of jobs posted internally in Government! So it's a pretty huge, highly competitive pool and the job application process is a long, convoluted exercise that can take 6-12 months to complete.

Like any large bureaucracy, Government is structurally designed to resist change. So building sustainable innovation is a long process, filled with set-backs and challenges... many of them created by the same system that is actively calling out for faster change. There is also a wide gulf between senior leaders, who often have a much higher tolerance for risk taking and a higher appetite for innovation, and those at the working level (a whole world away) who have ideas and energy to put into the desired change. Moving innovation in Government isn't just a matter of advancing the project or idea itself; you must often also create a pathway along which it can travel. And this requires a lot of patience, storytelling and sustained effort. It can also be discouraging to see how quickly innovation and change initiatives can dissolve after the team leading them moves on to other things (and 10% of the entire Public Service moved laterally in 2015-16, so you get a sense of how often people change jobs). But when a win does come through, it literally becomes part of the reality of Government in Canada, and eventually, in some minute way, part of the history of the national story. So decades from now, our team can look back and say "There, that moment in time, was when the Government of Canada got it's first innovation hub, and look how far the community has grown since then." We have a chance to shape, in some small way, the future of the country and improve the well being of Canadians. That's a pretty cool job to have. 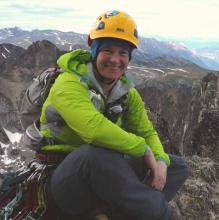 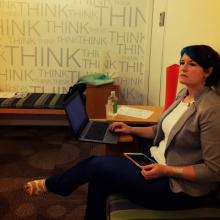