(or, would a Scientist Offer me a Beer?)

The solution to the problem of science communication is not simply to preach more science louder; instead, scientists must develop a sense of respect for the wider public and understand their concerns.

We expats of rural Canada carry pieces of the place that bred us, and in my approach to science communication, I use lessons I've brought from my own. Growing up in Nova Scotia, I was given a strong sense of the stereotype of Maritimer generosity: we'll give anyone the shirt off our back, if you sincerely need it, and then invite you in for blueberry grunt and a Keith's (or five).

Where I'm from, we're taught that we owe respect to every person we meet. To clarify what I mean by respect, I prefer this definition from Merriam-Webster: "a feeling or understanding that someone or something is important, serious, etc., and should be treated in an appropriate way". I've also heard it described as "recognizing the humanity in others".

I'm now a PhD candidate in Genome Science and Technology at UBC, far from my roots on the east coast, but I find myself thinking a lot about how we could bring that kind of respect to genetics.

A study released in 2015 from the Pew Research Centre found that just over a third of American adults do not believe that humans evolved. Only half believe that human activity has caused climate change, and a similar number believe genetically modified foods are "generally unsafe". These are all topics that science has a great deal to say about, and where scientists and the public appear to be in stark disagreement.

Many scientists believe this is a problem that needs fixing - in fact, 84% of scientists polled in that same survey think that the public's limited science knowledge is a major problem.

Whether or not you always side with the scientific community, I think we can at least agree that the relationship between Science and The Public isn't very healthy. It's like two nations with vastly different cultures but indispensable trade agreements: we'll talk only when it's necessary. You'll call me when the next pandemic arises, and I'll ring you when I need money, but we won't call just to chat.

Too little, too late

The primary way scientists reach out to adults beyond the school system involve media outlets like TV and radio, and we shy away from these venues because we fear being misrepresented by them. There certainly are success stories: people like Carl Sagan, Bill Nye, Neil deGrasse Tyson, and Michio Kaku have offered themselves as public touchstones for entire fields of science. But in my field, genetics, we've stayed mostly quiet. I bet you know why.

I came a bit late to the controversies - I was only 11 years old when the human genome project was completed in 2001, for example. And by the time I entered university, the dust was already kicked up, and the battle lines were being drawn. At the same time I was learning about how genetic research is done, I was also hearing the public backlash. Keep science out of my food. Keep science out of my doctor's office. And, absolutely keep science out of my children. It was startling at first, especially as so few of my mentors seemed willing to engage this divide between scientific and public opinion.

But there’s now a growing realization that louder professors will not solve the problem. At this point, genetics doesn't just need someone who can explain the facts (although we do need more of that too). More importantly, scientists have failed an entire generation of adults by taking their trust for granted and insisting we don't require public approval. And frankly, I don't think we deserve that trust back until we establish the reciprocal communication we've been avoiding for so long. Those relationships don't build themselves. So how do we go from begrudgingly shaking hands to avert disaster, to sharing a beer when times are good?

Digging each other out

To answer this question, I turn back to what I've learned about respect. After vicious Maritime storms, people will do seemingly selfless things, like dig each other's vehicles out of the snow with no expectation of payment (this may not be the norm in Halifax, but in the smaller towns and villages it's certainly true). They do this because they respect each other enough to cooperate. If you respect your neighbours enough to recognize that you're facing the same struggles, you'll want to help. This is not a complex idea and it needn't be rooted in some profound morality.

Our world is a complex place, and we all struggle to make our way through it as best as we can. This remains true when we're talking about snowstorms, or genetically modified organisms, or vaccines, or genetic testing. So far, we (geneticists) have failed to appreciate that although we're all afraid of the same things (cancer, food insecurity, infections), other people will make decisions on these topics according to their own values, not ours. Instead of engaging with this divide, we've clung to the idea that teaching more science will make everyone think the way we do. But perhaps it is precisely this lack of respect for the wider public that has driven people away.

Scientists are learning to be respectful, but progress is slow. The first step for us is to recognize that everyone is doing their best to make good choices in a chaotic world. The second is to offer our scientific perspective for public scrutiny in a way that is reflective of the highest scientific ideals - that is, our science communication must be oriented towards improving lives.

I'm still new to science communication, but I already recognize that explaining science is the easy part – at least someone can teach us that. Reciprocity, and making a sincere effort to hear conflicting perspectives and engage with them, is very hard for scientists. We still don't always understand that our sense of what constitutes a “better life” is subjective, and this failure is a direct consequence of our lack of respect. We're working on it, I promise.

I am proud to count myself among many fantastic geneticists that are beginning to foster a sense of public respect within science*. I can only hope we will have the privilege to be guided through this transition by non-scientists who are ready to forgive the combative relationship our institutions have created, and help us craft a scientific culture that welcomes diverse viewpoints and discussion.

Once we succeed, it will not look like the culture we have today; instead, it will look collaborative, because it will invite the public in, and it will look generous, because we'll really mean it this time. And perhaps one day, you'll take me up on that beer. 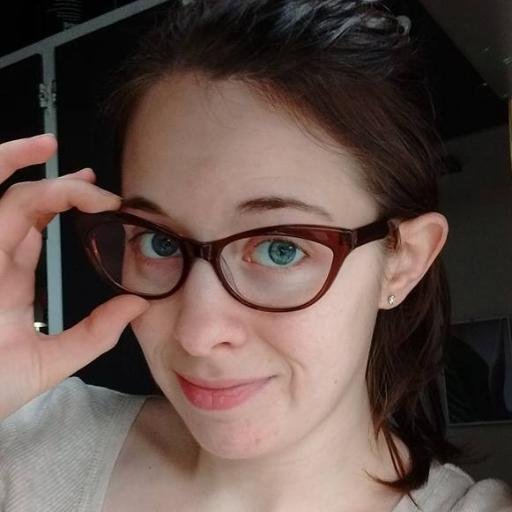 * I'm grateful for being a part of the UBC Public Scholars Initiative, because I feel this program supports the development of public engagement and science communication, where a traditional research degree would not.