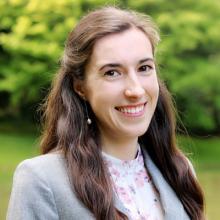 I cannot fix on the decision which laid the foundation, so I think it would be more accurate to say that continuously deciding to learn more, think more, and research more has led me to a PhD program.

UBC has a strong reputation for Asian Studies within Canada and it was that, along with the Asian Library, which first garnered my interest. I also heard how beautiful the campus is from many people.

Within Canada, U of T and UBC have the largest departments of (East) Asian Studies which include Korean studies. I was attracted to the program at UBC because the focus on Korean Studies in the department leans more towards my time period than does the program at U of T. The many opportunities for researching in Korea and Japan, the relative proximity to Asia, and the extensive Asian Library were also contributing factors.

I have never seen a university campus where nature has done more, or where natural beauty has been so little counteracted by an awkward taste. Every turn brings views of the mountains and sea or takes you through a verdant wood, and every season brings an abundance of bright colours. Even walking between classes, I feel so refreshed by the natural beauty of UBC.

I chose UBC because of its strong reputation for Asian Studies within Canada, I also heard how beautiful the campus is from many people. They were right, every turn brings views of the mountains and sea or takes you through a verdant wood, and every season brings an abundance of bright colours. Even walking between classes, I feel so refreshed by the natural beauty of UBC.

I have very much enjoyed taking classes in a variety of departments since that has broadened my ideas and introduced me to many other students and topics. That being said, I am looking forward to focusing on my own research after comps.

To speak with perfect candour, my biggest challenge will be finding a job since I hope to become a professor at a university.

My program is doing the best it can to make sure that I will be competitive on the job market by having a higher coursework requirement than is generally common for humanities departments in Canada and by supporting my applications for scholarships and educational opportunities.

Being able to read in another language is central to my program and research project, so my best preparation were the years that I spent learning Korean prior to entering my program.

One of my favourite activities for a sunny day is taking extensive walks around Kitsilano and Point Grey. The parks and residential neighbourhoods are beautiful to walk through and both 4th and West Broadway are lined with interesting restaurants and stores. Walking around these neighbourhoods is very beneficial exercise and allows me to leave campus, which I rarely have time for on the weekdays.

Pursuing a graduate degree is a taxing endeavour. My first advice to new graduate students is to not be afraid to admit when you do not understand something. Not understanding something does not mean that you are unqualified for your program or that you are lacking compared to other students who seem to understand. We are here to learn, and admitting when you do not understand something and seeking to rectify the situation through your own research or through asking others, is a valuable channel for learning. My second piece of advice is to develop mutually supportive relationships with other people. Sometimes these may take the form of classmates with whom you discuss coursework or scholarly opportunities. At other times, these take the form of friends with whom you can pursue non-school related activities.

From the late 19th century, many North American women went to Korea as missionaries to work with Korean women. They established schools for girls and women’s hospitals, as well as social gatherings and clubs for mothers. North American women missionaries interacted with Korean women almost daily and, even though they talked about being sisters with Korean women and improving their lives, they maintained a sense of superiority based on imperialistic ideas of race and civilization. Japanese women also went to Korea increasingly after Japan made Korea its colony in 1910. These women were wives of colonial officials and/or teachers of Japanese language or Japanese-style domesticity. Some of these women also co-founded girls’ schools and conducted research in order to ‘improve’ the lives of Korean women. Similar to missionary women, Japanese settler women also used ideologies of race, civilization, and modernization to assert ‘superiority’ and authority over Korean women. The position of Korean women also changed drastically during this time. Female public education emerged as did early career women. Some women became active in the public and literary spheres while some women enacted a new form of domesticity. Through their education and travels, Korean women had increased interactions with foreign women. How did these three groups of women view each other and interact? How were their relationships influenced by colonial ideologies of race and gender and how did they in turn influence those ideologies?