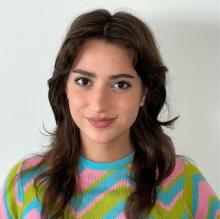 I have always been very excited about learning in general, but the neurosciences really grabbed ahold of my curiosity throughout the years. I had assumed when I was younger that a degree in science meant that the logical next step was going to medical school. However, I discovered just how much I enjoyed doing laboratory work during my undergraduate degree and realized that pursuing knowledge in this way was something I was truly passionate about.

I was drawn to UBC for my graduate studies because I was really interested in the research done by my supervisor Dr. Mark Cembrowski. The study of memory has always interested me and his multidisciplinary approach merging molecular, cellular, circuit, and behavioural aspects of this faculty of the brain really excited me.

The graduate program of Neuroscience at UBC attracted me due to the many interesting and accomplished neuroscientists that conduct their research at UBC that we are thus able to learn from and interact with through the program.

While I have been lucky enough to call Vancouver home growing up, UBC's campus is quite different from the downtown university campuses I have experienced in the past. The campus has access to forests, beach, and is home to some very beautiful gardens, which makes coming out here to work exceptionally enjoyable.

I think my undergraduate honours thesis work really benefitted me by prepping me for what life in the lab looks like, and equipping me with the knowledge and skills needed to thrive in graduate school. But I believe taking time off afterwards to work abroad and travel allowed me to acquire many soft skills that have been important in my graduate career, and further allowed me to enter into graduate school with a more mature mindset.

Ensure that the environment and the people you work with fit with you and your interests just as much as the science does. Science is inherently collaborative and graduate school is long, so having people around you that you enjoy will be just as important as doing work you enjoy. 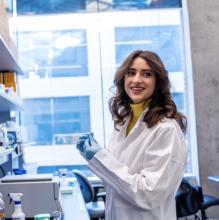 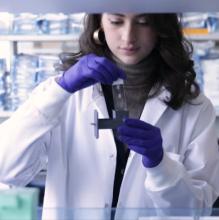 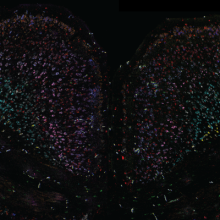 Following a traumatic event, many individuals will experience adverse psychological symptoms which diminish over time. For some, however, these symptoms will persist, resulting in post-traumatic stress disorder (PTSD). This anxiety disorder imposes a significant burden on individuals and society. As such, it is important to better understand the neural mechanisms underlying PTSD so that effective mitigation strategies can be developed. Our research has shown that the classic neuronal types of many brain regions – like those brain regions involved in fear memory – can be divided into distinct subtypes of neurons based on the genes they express.

This difference in gene expression often translates to differences in function and connectivity. My project seeks to identify the unique subtypes of neurons participating in the creation and retrieval of fear memories. Using a new, cutting-edge histology technique, I am fluorescently tagging important “marker genes” – genes uniquely expressed in a certain subtype. This will resolve the spatial organization of subtypes in fear memory associated brain regions. This will be followed by fear conditioning on transgenic mice, wherein we can fluorescently tag neurons active during memory formation and memory retrieval.

This fluorescent tagging of active neurons, in conjunction with the subtype map, will identify the subtypes of neurons that participate in the creation and recollection of fear memory. The data from this project will establish which subtypes of neurons are key in the formation and retrieval of fear memory. This both investigates a basic question of neuroscience and further elucidates cellular and molecular targets causally related to fear memory – providing a vital framework for future work developing therapeutic interventions for PTSD. In the near future, our laboratory will extend aspects this work in human tissue, with the hopes that the long-term results of our work will eventually assist in aiding those suffering from PTSD.