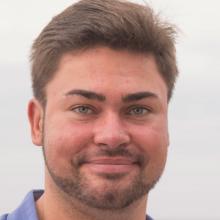 Throughout my Bachelor and Master studies, I enjoyed every opportunity to be in touch with research, as part of a lab team, as a participant in a conference or onboard a research vessel 100 miles away from home. I am pursuing a Ph.D. in order to continue fundamental and environmental research on an animal group that is in most occasion overlooked.

I decided to come to UBC and work in the group of Prof. Evgeny Pakhomov to continue my studies on gelatinous zooplankton (GZ) and their functional links in coastal food webs. Fascinated by this topic since a talk by my former supervisor at my alma mater in 2011, I persistently tried to get more and more involved in this still young research field in marine biology. After some years working on GZ and other invertebrates in Denmark, I identified UBC as one of the best places to perform world-class research in experimental and analytical marine biology.

Already the promotion video saying 'UBC - a place of mind' points towards a very essential part of research that is often forgotten during daily routines: Open your mind! A place, where burning topics can be discussed boundlessly and close proximity to a fantastic nature seems to be right for me.

I will start my Ph.D. in September 2018 and look forward very much to be in this beautiful city and get started in the many easily accessible outdoor activities, whether on the ocean, in the mountains, or in the forest.

If you really want to reach a goal, you will always achieve it with a certain amount of patience, endurance, flexibility and persistency. 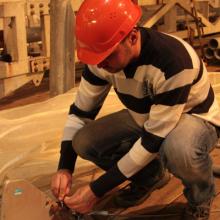 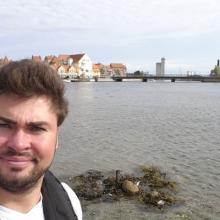 Gelatinous zooplankton (GZ, i.e. primarily pelagic cnidarians, tunicates and ctenophores) play important roles in a variety of aquatic food webs, such as being keystone predators, competitors, food resources or vectors for parasites and inhabit most marine ecosystems around the globe. There is growing discussion about increasing abundances of GZ, however, it is unclear whether the piling up sightings are due to growing awareness, true increasing trends or part of long-term oscillations. Since the 1980s studies on standings stocks, production and feeding rates of GZ were conducted in British Columbian waters, primarily focusing on ctenophores, scypho- and hydromedusa. But for a more holistic understanding of the trophodynamic ecosystem functioning, it is essential to add knowledge on gelatinous herbivores, such as salps, doliolids, larvaceans and pyrosomes. Recent bloom incidents of pyrosomes in waters of British Columbia and northwestern US (summer 2017) increased awareness of these often overlooked GZ species. Therefore, we suggest studying the pelagic community composition in combination with population dynamics of GZ, prey species, potential competitors (larval fish) and hydrographic parameters at several stations along a coast-offshore transect in the course of one year using plankton net tows and an analytical approach (e.g. eDNA analysis). Specimens of all taxa collected during cruises will be used for analyzing diets to draw conclusions regarding interactions between groups on same and different trophic levels also under temporal change. Out-migrating juvenile salmonids and small pelagic fishes may interact in the coastal zone with GZ in various ways. For quantification predatory (in case of ctenophores, siphonophores and medusae) and grazing (in case of pyrosomes and salps) impacts on lower trophic levels, we suggest laboratory feeding experiments using cultured organisms as prey. With the new knowledge about population sizes, distributions and dynamics, feeding rates and species-specific diets, it will be possible to access how GZ is affecting lower trophic levels that are simultaneously exploited by commercially important fish species in coastal British Columbian waters.