Music Performance Anxiety (MPA) is a highly prevalent condition which can severely affect a musician’s ability. I hypothesize that a psychological intervention program blending cognitive and experiential therapies could have the potential to improve university music students’ perception of MPA.

Music Performance Anxiety (MPA) is a highly prevalent condition which can severely affect a musician’s ability to fulfill the objectives for successful performance (Lehmann, Sloboda and Woody 2007, 145). Studies show that the rates of MPA among professional musicians range from 50-70% (Kenny 2005, 183). Surveys of student musicians have yielded similar estimates. One study reported that more than 70% of “gifted” students reported that MPA had at least a moderate adverse influence on their performance (Fehm and Schmidt 2006). The symptoms may include a perceived sudden loss of technical ability on stage, a paralyzing fear of performing below one’s potential, significant memory blanks, marked difficulties conveying musical expression, and feelings of panic. MPA is characterized by a combination of behaviour, cognitive, somatic, and affective symptoms (Kenny, 2010, p. 433). In many cases, it does or may impede the completion of a university music degree, derail all aspirations of careers in the concert realm, and lead to various psychological conditions (McGrath, Hendricks and Smith 2017, 1-3). The stress and psychological toll of performing is largely unappreciated, creating a severe lack of supportive resources (Meyer and Salmon 1992, 168). Many studies have been done looking at non-pharmacological techniques for managing MPA, but no intervention has emerged as a definitive best approach. Musicians often manage MPA with anti-anxiety medications (beta-blockers or benzodiazepines), either prescribed by a physician or obtained illegally. In one study the reported prevalence of drug use was 40% in professional musicians with severe MPA, and in one survey over half of music students report favorable attitudes toward such self-medication (Wesner et al, 1990). Because of the potential harm from obtaining medication from non-medical sources, it is important to study the effectiveness of a non-pharmaceutical intervention program. I seek to investigate whether a specific intervention program is associated with changes in university music students' perception of MPA. From past research in the field of Performance Theory and from literature in the area of sports psychology, I hypothesize that a psychological intervention program blending cognitive and experiential therapies could have the potential to improve university music students’ perception of MPA. Psychotherapy interventions, conducted by professionals, have the potential to be very effective in the management of MPA (McGrath, Hendricks and Smith 2017, 36-40). For this Public Scholar Initiative project and pilot study, I will study the effectiveness of an intervention program. The intervention program will be led by Paula Wise, a Vancouver psychotherapist and professional musician. It will provide participants with strategies for managing performance anxiety, allow them to learn mental skills similar to those used in athletic performance, explore techniques for developing artistic freedom, and give them a safe space to discuss this common struggle.

Being a Public Scholar is a source of encouragement for me to continue pursuing research and work that will hopefully benefit a specific population - musicians. It symbolizes looking past the traditional model of doctoral research and striving to approach academic research in a different way.

I believe that Public Scholar is helping to re-imagine the doctoral experience in so many ways! First, the strong emphasis on community engagement brings a whole new dimension to research. Having the chance to collaborate and interact with the community as part of our thesis in enriching. Secondly, and perhaps most importantly to me, as a Public Scholar, I feel so driven to help others through my research. I feel that the wellbeing of others will be improved through the research of many UBC Public Scholars and that is something that UBC should be proud of! Thirdly, it is encouraging collaboration and interdisciplinary research work which, to me, should be at the heart of the university graduate student experience.

As a pianist, performing and teaching will be natural aspects of my future career, but I also envision something a little bit different. I would love to help foster change through my academic research - change in the perception and culture around Music Performance Anxiety and change in how it is managed. My hopes is that this could lead to positive change for young emerging musicians. I have a vision that one day I will have acquired the knowledge and expertise to serve as a resource for young and emerging musicians as well as for music educators.

Participants in my study will have access to an intervention program that could prove to be beneficial to their performing success and their experiences on stage. From a broader perspective, the findings of this research will hopefully have an impact on the direction of music education. My research also has interdisciplinary facets that will hopefully help it reach and be useful to a larger population. My research supervisor, Dr. Larry Frisch, is on faculty in the department of Population and Public Health. Having the chance to get the perspective of someone outside of my discipline, who still has a strong background in Performing Arts Medicine Research, is something that I value considerably. It helps me expand my knowledge and understand my research from the perspective of another discipline. My research will also include a community partner - Paula Wise, who is a Vancouver-based professional musician and psychotherapist. Having someone who bridges both the professional musician and the psychological worlds is also a wonderful resource for my research work. My hope is that this broader scope of engagement will make my work more applicable and useful.

My hope is that through my work, the stigma around Music Performance Anxiety and other psychological health issues of musicians will begin to lessen, that more dialogue and conversations about performance struggle will happen, and that there will be a greater understanding of the need for preventative and management programs.

I love learning! I think the student experience is a truly special time where one can acquire such a breadth of knowledge. Graduate studies are allowing me to grow, to explore, and expand my horizons.

I chose to study at UBC because of its highly recognized music program and also because of its expanding emphasis on interdisciplinary collaboration. Specifically, Green College (where I have been a Resident Member since 2016), Public Scholar, the growing Arts and Health Community, and the array of interdisciplinary lectures were very appealing to me. Since beginning my studies at UBC, I have encountered opportunities for interdisciplinary collaborations on projects. These experiences have been a source of tremendous growth for me! They have also been my spark and my drive in my own work, as sharing ideas and learning from students and faculty in other disciplines is what I love most.

Help scholars like Emily make a difference in the world!Support the Public Scholars Initiative.

Being a Public Scholar is a source of encouragement for me ... it symbolizes looking past the traditional model of doctoral research and striving to approach academic research in a different way. 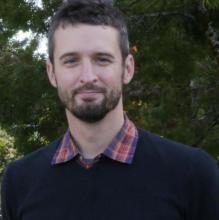 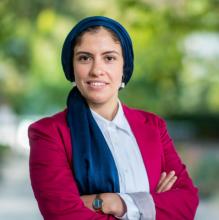 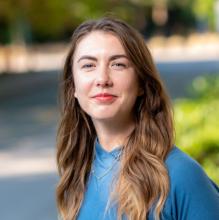 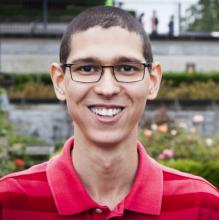