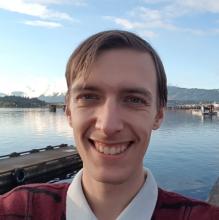 The moment of understanding something new, of figuring out some mathematical trick or solving some puzzle, is the highest pleasure I have experienced. The next best thing is evoking that “aha!” moment in others. Graduate school is one (fun!) step along the academic career path, where you are rewarded for seeking insights and bringing them to others.

While the research environment was a good fit, and the quantum matter institute at which I study is excellent, the deciding factor was rather small: the students here seemed happier. My successes have happened when I’m curious and joy motivated. Sustaining that seemed more important than trying to climb higher in university rankings or seeking a more generous financial package.

The Stewart Blusson Quantum Matter Institute offers excellent travel support and has strong ties to the Max Planck Institute in Germany. Many of the people in my field have grown substantially through ties there, and I would like to take advantage of our international collaborations. My supervisor here is excellent, shares my interests, and I think our styles of investigation mesh well. We had several good conversations, which helped me select UBC.

The vibrant natural world here in Vancouver. I grew up in Calgary, a semi-arid zone. Although I miss the barren mountaintops of the Albertan Rockies, the fecund greenery here fascinates me. Additionally, this is one of the few cities in which you can windsurf in the morning and ski the same evening.

While the UBC research environment was a good fit, and the quantum matter institute at which I study is excellent, the deciding factor was rather small: the students here seemed happier. My successes have happened when I’m curious and joy motivated.

The main focus of my curiosity is of course my research. Unsurprisingly, I think my topic is really cool! How is it that so many different amorphous systems fail in similar ways? Why do so many driven systems find themselves at a phase transition?

I learned to program when I was ten, because the only thing more boring than reading “Teach Yourself C# in 21 Days” from front to back, is the flat landscape of Saskatchewan and another eight hours of “Geography” on a family road trip. Jokes aside, programming is modern literacy. I’m lucky to have gotten into it for fun early, giving me the fluency necessary to use it for computational experiments. I’m also lucky to have had great mentors in high-school which let me realize that research was a viable career, and encouraged me to pursue physics.

Bouldering, hiking, backpacking, skiing, reading, board games, generative art, or maybe some scuba. I like to seek novelty and to learn new skills. Right now, I’m learning Baduk (Go) which is the oldest board game, and I'm about to take a dry-suit scuba course with my partner.

Take time to read literature in your field and outside your field. Make sure to regularly lift your eyes up from the work in front of you to take in the broader context. You’ll be happier if you keep fixed in your mind WHY you are doing the hard and specialized thing you’re doing. Stay physically and mentally active. 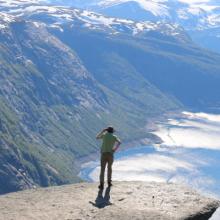 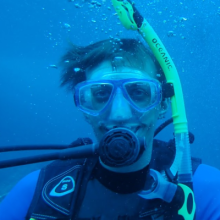 Many things are prone to jerky behaviour with large bursts of energy release. Two examples are particularly pertinent to British Columbians: avalanches and wildfires. Both have matter and energy accumulation (in the form of snow loading or trees growing) followed by large, fast events that remove the accumulated energy (avalanches or wildfires). These releases can manifest at very different scales, with small class 1 avalanches shifting maybe a few hundred pounds of snow, to huge avalanches with hundreds of tonnes of snow. This bursty, “scale-free” behaviour is typical of systems tuned to a “critical-point” or “phase-transition” in statistical physics. Statistical evidence suggests that earthquakes or neuronal avalanches are similarly tuned. I study a class of materials called “amorphous solids” (which broadly include foams, emulsions, and glass) that seem to exhibit similar phenomenology: when mechanically deformed or loaded, they exhibit stress accumulation, which leads to cascading stress releases we call avalanches. However, these amorphous solids have several features that distinguish them from avalanches and wildfires. Firstly, some parts of the material outside of the avalanche are stabilized, even as other parts are stabilized. Imagine if somehow a burning tree would douse half its neighbours in water (to slow the spread of the fire) and the other half in gasoline! You’d expect the wildfires to evolve in very different geometric patterns, perhaps with lines of burnt trees and lines of unburnt trees. In my amorphous solids, these show up as stripes or shear bands. Also, amorphous solids can sometimes break the “separation of timescales” between the accumulation of energy and the release of energy. Imagine if, during a wildfire raging a few days, a fully grown tree could appear in a region that had already burnt to the ground. Existing techniques for modelling systems with this avalanching behaviour typically discount loading during the avalanches, but for a complete description of amorphous solids, we can’t make that approximation. In my PhD I’m working to extend our theoretical models to accommodate this behaviour and understand the avalanches in amorphous solids.