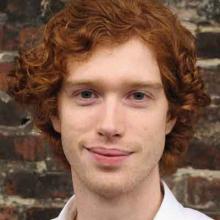 That decision boiled down to betting on what would be more rewarding; choosing the medical undergraduate program and seeing what I wanted three to four years down the road, or continuing to delay gratification and tack on the extra challenge of the MD/PhD program. My belief was adding the PhD would not only focus my potential career interests in medicine and its research, it would open more doors than just trying to sample research experiences available through an undergraduate medical program. When I reflect now on the time I spend on my project, it’s obvious I get involved in loads of different aspects of research including conferences, presentations, and collaborations I would never get to do otherwise. Moreover, it feels more satisfying seeing projects and collaborations succeed from start to finish rather than just dipping your toes in for a couple of months.

It’s tough to argue I didn’t choose UBC for its weather and city. I completed my undergrad here and loved Vancouver, a city that gives you some of the best outdoors and culture Canada has to offer. I come from Alberta so no real winter is a big relief. Less obvious reasons include the benefits the MD/PhD program UBC boasts for its students. The program directors and staff are amazing and have built a fantastic support system within the Faculty of Medicine. Funding opportunities are never far away and transitioning between graduate studies and medical undergraduate education is handled relatively seamlessly. It was even possible for me to play my final year of varsity eligibility for the Men’s Volleyball team when I entered the program.

I think I sound like a broken record when I gush about how supportive UBC’s MD/PhD program is towards its students. The stipends, the stellar work our program assistant and directors do for organizing and ensuring our time spent between the medical school and our graduate work goes smoothly, and the program’s demonstrated record of graduate success were hard to turn down. Choosing my own graduate program, Biochemistry and Molecular Biology, was simple when I had the opportunity to continue doing research with the same lab and people I worked with in my undergraduate degree, the Overall lab. It was an opportunity to do a project I could turn into a good foundation for a career in medical research.

Perhaps the best surprise on coming to Vancouver has been the amazing people I’ve met in just the short time spent here. In undergraduate, graduate, and medical school, as a varsity athlete, and in student government I’ve met some of the most incredible individuals that I’ll never forget. I’ve made some of the best friends of my life here, it must be that easy going West Coast outlook.

Within the MD/PhD program, the best part has already begun for me. When you begin the MD/PhD program, you are more or less placed in a strictly organized system where you go from point A to point B, completing your tasks and studying for your exams. There is nothing wrong with that; it’s expected in medical school. However, when you enter your graduate school work in earnest, you take the courses relevant to your career interests, you plan your work to accomplish the objectives you have set out. It gives a sense of purpose I enjoy and reminds me why I believed graduate school was a good idea in the first place.

With my limited experience, the biggest challenge I can anticipate so far is trying to carve out a niche to survive in research. The amount of training necessary to become an expert in a topic that you will need to justify funding in today’s hostile funding atmosphere is daunting. I feel like no matter what milestone you reach you’ll always be looking up a mountain with more capable competition trying to make it over you. However, graduate students are gluttons for punishment, and I still have a long way to go before I even finish my PhD. It might be premature to start worrying about that.

The simple answer is what most programs already do to prepare their students for future problems expected in their academic careers. Both the MD/PhD program and the Biochemistry and Molecular Biology Department have seminar series where local and invited professors and experts come to share their research and career experience. After listening to enough of them and asking a few questions like a good grad student, you start to get some ideas of what you can do with your degree and will probably see some good examples of successful research careers.

Being a student-athlete at UBC definitely toughened me up when it came to juggling class schedules, essays, and exams with practice. When it comes to working long hours in the lab or running between classes and meetings, I’m never too stressed because I’ve dealt with hard schedules before. In addition, I’d thank the amazing instructors of UBC’s Biochemistry undergraduate program, specifically its Honour’s degree stream. The courses in the fourth year of the program are structured to expose students like myself to the bread and butter techniques I use every day. They also forced me to read enough papers and literature to get a handle of research appraisal and scientific communication. They put in fantastic work and constantly try to innovate for their students and it paid off for me.

I am just a casual outdoorsman, only going out of the city for camping, skiing, and hiking when my friends convince me. The easiest way I find to combat my Netflix addiction is cards. I was a kid whose grandparents spent way too much time with, thus I developed a taste for crib. The hardest part about this hobby is convincing friends to play, likely because it comes off crazy wanting to play cards today.

Most students already have a good handle on what I might suggest for newcomers, but it never hurts to repeat it. My advice would be to remember to have a life outside of your project and department. It will make the years you spend here go by much faster and you’ll have other things to keep you occupied in the slower times.

Proteases, such as matrix metalloproteinases (MMPs), are proteins that cut other proteins to change their activity and thereby control normal processes in the body, typically in connective tissue. Such processes like normal cell growth, tissue growth and blood vessel formation can be modified by the actions of these proteases. In addition, disease processes, such as cancer, depend on the activities of these proteases in order to develop and progress. The Overall lab has revealed new roles of MMPs beyond just degrading proteins that hold cells in place (extracellular matrix). MMPs also cut proteins that are important in inflammation and cell signaling. The Overall lab has developed new techniques to identify proteins cut by extracellular proteases and where they are cut. Techniques like “Terminal Amino Isotopic Labeling of Substrates (TAILS)” have found several cut proteins involved in cell to cell signaling that are typically found only within cells and not outside in the extracellular matrix. These unexpected proteins include the tRNA synthetases, proteins that are essential for making proteins within cells where they join amino acids to their carrier tRNA molecules. This novel class of proteins with new functions outside of the cell distinct from the jobs they do inside are called “moonlighting” proteins and may represent new and exciting drug targets for therapy. The cleavage of the tRNA synthetases indicated by TAILS will first be confirmed by basic biochemical techniques. Next, the functions of the intact and protease cleaved of these tRNA synthetases will be investigated using cell cultures, biological assays and mouse models. Finding out which proteins have novel functions in normal and disease states and how these are affected by modification by proteases will help us understand new pathways and stages in disease. Moreover, it will identify novel drug targets and indicators (biomarkers) of disease in processes of inflammation and cancer.