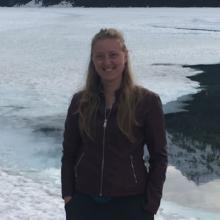 I am pursing a graduate degree in Religious Studies because I love myths, legends, fables, fairy tales, and all other forms of narrative, and I went where that love took me. I want to understand what stories can mean and do, how they are used, to what purposes they have been put.

So many reasons. The top three are the interdisciplinary nature of the department at UBC, wanting to work with Rob, and that Vancouver and the West Coast are my home.

My program is a part of the Department of Classical, Near Eastern, and Religious Studies. I have a background in classical studies, and incorporate that into my work. The program in Religious Studies is a part of a brilliantly interdisciplinary department, which allows me to work broadly and deeply in my fields of interest.

I grew up here, but moved away for my undergraduate and master degrees. The most surprising thing about moving back to Vancouver has been rediscovering it on my own terms as an adult. It's a very different place now, compared to the city of my childhood memories.

I chose UBC for many reasons, the top 3 are, the interdisciplinary nature of the department at UBC, my supervisor, and that Vancouver and the West Coast are my home.

Find your own rhythm—there is no "one size fits all" way to be a graduate student. 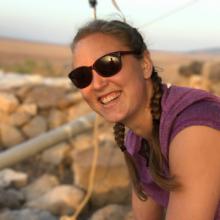 My research considers the shifting perceptions of gender, religious authority, and the boundaries of identity during the tumultuous period that saw the end of Temple-based Judaism (70 C.E.), and the rise of Rabbinic Judaism and early Christianity. As a case study, I use "Joseph and Aseneth," a Greek romance and a religious fairy-tale, which elaborates on the relationship between Joseph from the Hebrew Bible and his pagan, Egyptian wife Aseneth. Because the story revolves around the young woman Aseneth’s attraction to Joseph and her religious conversion, the story’s representations of sexuality, love and epiphany allow me to probe for answers about gender, identity, and religious authority, all of which are themes of importance to the understanding of paradigmatic shifts in the Ancient World.