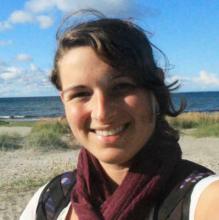 I wasn't done learning yet! I think I'll always be a student at heart and graduate school was in many ways an obvious choice for me to continue to be intellectually challenged. I fell in love with research while working on a few summer projects during my undergrad, and I knew that I wanted to stay immersed in that environment as long as I could. At the end of the day, I'm just a science nerd that is thrilled by the opportunity to ask questions about how the world works (and try to find some answers!).

Prestige and...location, location, location. With forests, mountains, and the ocean all a stone's throw away, there's no better place for me to be continually inspired by the beauty and mystery of the natural world. Combine that with a world class university with incredible research opportunities, students, and faculty - and you have a clear recipe for success. I feel lucky to be able to work alongside people that are full of such amazing talent.

Get outside! Whether it's hiking the plethora of local trails and mountains, rock climbing on the north shore, day trips to Bowen Island, backgammon on the beach, or bike rides to Stanley Park, there's no shortage of mini-escapes to be had in between research and (eventually...) thesis writing. Of course, all these things have recently become more fun with the addition of an energetic, adventuring-seeking pup to my four-legged family. It's hard to beat having a dog in Vancouver!

Don't sacrifice your work-life balance just to finish a degree "on time". Being in graduate school can be a tough transition, but it is also a unique opportunity to pursue something you're passionate about with very few deal-breaking deadlines. There's a lot of flexibility to be had that can give you the freedom to develop yourself both as a person and a scientist and to discover where you want to fit into the world. Foster an open, honest relationship with your supervisor, and don't be afraid to communicate both challenges and successes!

With over half of the Canadian coastline lying in Arctic waters, understanding changes in Arctic Ocean conditions are highly relevant to Canada’s ability to anticipate the impacts of climate change and protect the diversity of our ecosystems. Traditionally, the Arctic Ocean’s unique density structure has acted as a barrier to the upward mixing of heat contained in deep, warm Atlantic-sourced water, thus isolating the surface sea-ice pack. However, there are growing concerns that increasing internal wave energy could enhance vertical mixing rates and erode this stratification. Such a scenario has severe implications for dramatic sea ice loss, potentially accelerating the occurrence of the first ice-free Arctic summer in over 100,000 years. To better assess the risks associated with evolving ocean energy and heat budgets, we aim to complete a widespread survey of internal waves and turbulent mixing in the Canadian Arctic Ocean. Using widely distributed historical data collected over the past two decades, this project will quantify variability in observed mixing rates, characterize new temporal trends, and evaluate the dominant underpinning mechanisms. We further investigate variability in stratification strength and evaluate its role in suppressing or enhancing potential mixing hot spots. The large scope of this project is capable of broadly assessing some of the key patterns in the state of ocean mixing in the Canadian Arctic. It will further contribute to Arctic Ocean modeling efforts that are central to our ability to forecast and prepare for the ongoing evolution of the Arctic environment. 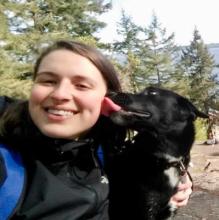