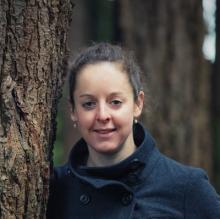 Where and what is your current position?

As an Assistant Professor in Kinesiology, my role consists of research, teaching and university service. I also supervise and mentor graduate students and postdoctoral researchers.

How does this job relate to your graduate degree?

My current work is directly related to my graduate degree. During my graduate degree, I learned how to conduct research (specifically qualitative research in the socio-cultural tradition). The key thing was learning how to be an independent researcher - ie. have the ability and capacity to come up with original research ideas and then design and implement the project. This is exactly what I do as an Assistant Professor except that now the projects are larger in scope and I lead a team of researchers that consists of students (undergraduate and graduate) and postdoctoral researchers.

I loved that I could spend a whole day reading and just 'thinking' and that was considered a productive day! The freedom to think deeply about things that interest me was the best part of grad school. I know students have a bit of apprehension around PhD comprehensive exams but truthfully that was the part I enjoyed most - just me and a big stack of books!

What are key things you did that contributed to your success?

My friends in grad school always said I had the ability to set boundaries. I think they meant that when I was researching/studying I was very focused but when I finished for the day I could let go. I was also a competitive athlete during my grad studies (varsity rowing team and a guide for a visually impaired skier at the Paralympic Games). I think having sports as an outlet was really important. I also have a strategy that I call 'yes years' and 'no years'–early in my degree I said yes to every opportunity and pursued a lot of side projects. Later in my degree, I started saying no because I knew what interested me and because a great opportunity wasn't a great opportunity if it meant delaying my own research or pushing back my graduation date.

Pursue things that excite you and trust the rest will fall into place. Finding the right job is a weird combination of opportunity and preparation–but you can only control one part of that equation so work on that. Don't underestimate the value of having good people skills and being a good collaborator–when you go for an interview they are going to be interested in your competency but they are also looking for someone they want to have as a colleague.

I did take one year off between my bachelor's and MA degree. I had completed a B.Sc. in Kinesiology at the University of Calgary and knew I wanted to work in sport/athlete services but was still pretty vague on the specifics. I had a great job offer to work for the Canada Games (it was also a limited contract in that we were planning for the event and after all the positions would be terminated). It turned out to be a real turning point for me because it was during the course of that position that I came up with an idea for a research project. After the job ended, I approached a faculty member at UBC with my project idea and she accepted me into the MA program. Prior to that, I hadn't really considered a career in academia.

I was in the second year of my PhD when I realized that I wanted to pursue a job in academia, and tenure-track Assistant Professor position was the ultimate goal but they don't come up often. Instead I focused on building my CV and taking short contracts that would make me competitive when the right job posting came up. After my PhD, I did a one-year postdoc (funded by SSHRC) at Loughborough University in the United Kingdom. The following year I was hired as a Research Associate at the Peter Harrison Centre for Disability Sport (also at Loughborough University). I call those my 'yes years'–I said yes to every opportunity that came up–I worked on various projects, went to conferences, led workshops, attended workshops, reviewed articles, guest lectured, networked, etc. I also applied for a LOT of jobs both in the UK and in Canada. At first I wasn't getting any interviews but then I was shortlisted for a number of jobs in a row–including the one at UBC.

There are a couple of websites that collate positions in academia. It also helps to join the listservs/newsletters of various academic organizations in your discipline.

I love that I get to set my own research agenda and pursue topics that are of interest to me and that can have a meaningful impact on my community. I also love that I work in an environment where others are doing the same.