The Social Costs of Clean Energy

For many indigenous peoples in Canada, engagement with the landscape is directly tied to creating and maintaining identity. If we want a socially and environmentally just world, the decision-making on renewable energy projects must take into consideration the cultural vibrancy and meaning systems of such land-based communities.

The increasing frequency and intensity of storms such as those experienced along the BC coast this past winter cast global climate change in a powerful local light, as waves damage our favourite shoreline parks, ferry disruptions alter our travel plans, and Hydro crews work around the clock to restore electrical service to our homes and offices. The impacts of such weather events – along with the floods, droughts, and the temperature and sea-level rises predicted to accompany increased climate change – are for many seen as the early characteristics of an uncertain and insecure future.

For many in BC, these uncertainties mix with larger ongoing environmental debates, for example the recent pipeline proposals that have underscored the ways we value the environment for its inherent beauty and biodiversity (and for the tourist dollars these drive). They have also questioned our risky infrastructural commitments to harmful fossil fuels and inefficient extraction projects.

These and other proposals don’t explicitly ask that we consume less energy or produce it ourselves renewably at the household level*. Rather, environmental threats and disturbances lead us to look elsewhere: away from fossil fuels and towards renewables – like hydroelectricity – that promise to reduce to environmental and financial costs of household energy.

Large-scale hydroelectricity projects like the long-proposed Site C dam make lots of sense from a number of perspectives, and in most cases the environmental and financial benefits far outweigh the costs. Once the infrastructure is built, greenhouse gas emissions from producing hydroelectricity will be negligible when compared to fossil fuel alternatives.

Further cost-benefit analysis of the decision to flood a valley for hydroelectricity generation might reveal an impact on the livelihoods of a relatively small number of rural and remote – and mostly indigenous – Canadians. Compared to the greater benefit of affordable renewable energy to a larger number of mainly urban Canadians, the choice to flood the valley is clear, and the land and livelihoods lost can, in theory, be compensated with reserve and ranch replacements, one-time payments, and revenue sharing.

But what about compensation for those impacts that have no obvious financial market or physical footprint? Renewable energy’s immediate and long-term social and cultural impacts are exceedingly difficult to articulate in market terms, in part because they are interconnected and intensely local. Here decision-making frameworks such as markets and other stock-and-flow conceptualizations of environmental benefits to humans fail to account for the wealth of ways communities relate to landscapes.

For many land-based communities – those with enduring social and economic ties to local resources – the ability to hunt, gather, fish, and to engage spiritually with the land is also tied to processes of maintaining and communicating identity. Who a people are, from generation to generation, is enacted through engagement – both physical and intellectual – with plants, animals, and geological formations, and this recognition of the role of nature in shaping human identity is often manifest in local land ethics espousing intergenerational stewardship and reciprocal human-nature relationships.

Historic and continuing narratives from Canadian indigenous communities illustrate these complex relationships. For the St’at’imc First Nation communities I work with in southwestern BC, identity and creation are intimately tied to the landscape. A man named Ntci’nemkîn is said to have tied his canoe to the forked peak of a mountain during the time of a great flood. As the water rose he was able to shelter one child from each family, and the children who took refuge in his small boat survived to repopulate the Lillooet River Valley. The descendants of those survivors name themselves nsvq’tsmc, or In-SHUCK-ch, after the mountain with the split at the top, still visible from the valley.

Other St’at’imc legends – or rather, truths**– tell of the Transformers: otherworldly beings that travelled the land in human and animal form, teaching the people how and when to use resources and inflicting punishment on those who acted carelessly. Some of these Transformers remain in the territory, and their physical form is seen today, for example, in massive boulders that line the Lillooet River. They are physical reminders to be thankful for the salmon, for the deer and for clean water, but they are also continually threatened by the erosion of river banks, exacerbated by the historic dredging of Lillooet Lake to create safe passage for gold-rush-era sternwheelers. Fortunately these St’at’imc communities are far removed from the proposed Site C floodplain, but it is not hard to see what would be at risk if they weren’t, or to imagine what is at risk for the Treaty 8 First Nations of the Peace River Valley where the dam has been proposed.

Stories told about places tie contemporary livelihoods and dynamic cultural identity tightly and intensely to changing landscapes and resources. These examples are not simply parables narrating how people should go about living rightly within the natural world: they are the founding and fundamental realities for many land-based communities, and the human-nature relationships they describe apply equally to new challenges as to old***. Across the country, the relationships that maintain indigenous identities are acutely threatened by seismic lines that give predators new access to caribou, by commercial over-fishing, and by the alteration and pollution of waterways and the flooding of river valleys, to name just a few processes.

Equitable nation-to-nation relations in a socially and environmentally just world demand that we talk seriously and openly about the spiritual and cultural vibrancy of communities, and recognize also that these vibrancies are bound tightly in practices that on the surface appear to be primarily about livelihoods and sustenance. These practices, as the examples above illustrate, are manifestations of relationships – fundamental to identity and inherently irreplaceable.

As Indigenous groups and land-based communities gain increasing political power and public recognition through treaty processes and court cases, material, economic, and even environmental metrics for decision-making will find themselves increasingly challenged at local and global scales. What is needed, it is clear, is a new and fundamental attention to the social costs of these decisions, not as paralyzing considerations but as additional and essential guidelines for the identification of truly equitable alternatives. 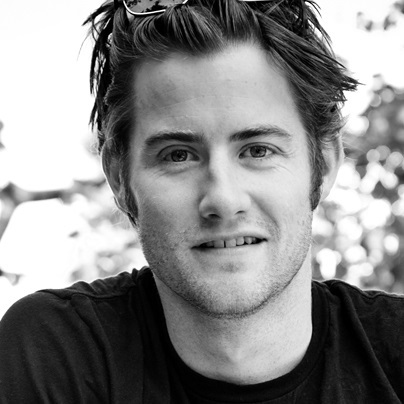 Jonathan Taggart is an award winning documentary photographer and filmmaker; he is a PhD Candidate in Resource Management and Environmental Studies at UBC, and a member of UBC's Public Scholars Initiative.

* My recent documentary ‘Life Off Grid’ suggests that producing renewable energy at the household level usually precedes consuming less energy by making us keenly aware of our finite resources and the human time and energy involved in electricity production.

** This is an important distinction if we are to engage seriously with indigenous knowledge systems as equals to Western science and religion.

*** Importantly, the emphasis on relationships takes harmful focus away from technologies, defusing arguments, for example, that rifles and snowmobiles in other parts of Canada have made indigenous hunting practices untraditional and therefore indefensible: in this sense technology extends traditional relationships rather than erodes them.