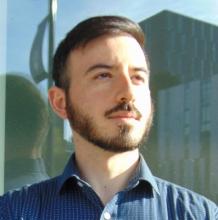 My reason for pursuing a graduate degree was more for serendipitous reasons than planned. I first entered UBC with the goal of working in the biotech industry, to develop technologies to better human health. In the final year of my undergraduate degree at UBC I had been working for my (now) supervisor, Dr. Vikram Yadav who had approached me with a concept for manufacturing vaccines from a portable, bag-based platform. I came up with a base schematic and process and sent it to him, thinking nothing of it. The next day (at around 9 PM) I received an email saying that he would be taking the idea to a major vaccine manufacturer and to prepare a basic powerpoint for the next morning! I worked throughout the night to prepare it, consuming copious amounts of coffee. After the meeting, the industry representative liked it so much that he suggested for me to pursue a graduate degree to work on the project. Since the project would involve working in my dream field of bio-pharmaceuticals and having the opportunity to work at a major company in the field, I agreed. The rest is history.

I originally decided to study at UBC for my bachelors degree more for convenience than any specific reason. I was born and grew up in Vancouver, which significantly cuts down on costs related to rent, moving, and travel. The reason for staying to pursue a graduate degree is due to the numerous opportunities that UBC offers, through extracurriculars, the opportunities to work abroad and the awesome professional communities as well as the amazing and supportive people that work here.

Chemical and Biological Engineering is modern day alchemy. Biotechnology especially, is the modern day equivalent of turning lead into gold. For me, the idea of turning basic elements and building blocks into valuable products, especially those that can save human lives is fascinating and a great source of passion for me.

The biggest surprise of UBC is the sheer size of the university and what it offers. You can get involved in almost any activity you want, from making your own start-up to learning how to dance. The opportunities are endless, and there is always a niche to carve out for yourself in addition to a large and supportive community.

Conferences and travel are the most enjoyable parts of the program! The ability to meet other experts half way across the world and discuss the cutting edge of science and technology is one of the most stimulating parts of graduate studies.

The biggest challenge that I see myself facing in my future career is developing the necessary skill sets and connections to translate the work that I do into deliverable products.

Working in research with industry collaboration is extremely helpful as it "lifts the veil" behind industry, what the expectations are, the kind of people you will meet and the environment you will be in. Often it is very different from that in a research environment, people expect you to have a plan and to stick to it. You are constantly challenged and questioned on any assumptions you make or data you present. In that regard, having the opportunity to work elsewhere really helps in preparation.

I would say that working in design teams, managing organizations, and doing a bachelors level thesis has significantly helped to prepare me for graduate research! Having to constantly come up with solutions or figure out why something doesn't work and solve things yourself is the essence of research!

In my spare time, I enjoy swimming, salsa dancing, and of course reading. I am also a big fan of kombucha and am constantly tinkering and modifying my set-up to make more exotic and delicious flavours.

My advice is get involved in 1 or 2 side activities, one for recreation and the other to complement your professional development. Research is not life and coming out of graduate school you will be a much more well rounded person if you DONT spend all of your time in the lab. 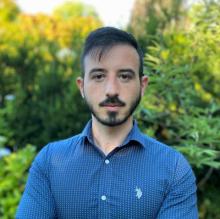 Vaccines are a key piece of the preventive healthcare system in the developing world. However, their manufacturing is largely concentrated in select locations in the developed world. As a consequence, transporting vaccines to remote locations typically necessitates use of cold-chain logistical solutions. It is estimated that cold-chain transport and storage comprises roughly half the cost of a vaccine dose. The development of a de-centralized, low-cost platform for the manufacture of vaccines at or closer to their point- of-use could translate to significant savings for the healthcare systems in the developing world. Cell-Free Protein Synthesis (CFPS) has emerged as an attractive candidate due to the ability to rapidly produce milligram scale quantities of protein from temperature insensitive freeze dried cell extract. However, the technology is currently too expensive and inconsistent in performance to be seriously considered for industrialization. To that end we will be working with Sanofi-Pasteur and the National Research Council of Canada to develop a low cost CFPS system and robust production process. The project will occur across multiple sites specialized in vaccine manufacture and process scale-up. A scaled-up CFPS manufacturing process will be developed utilizing disposable plastic reactors and light based non-contact sensor systems for process control. A direct purification system will be developed based on novel binding sites discovered in the antigen of interest.