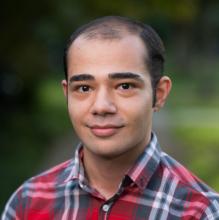 I've been interested in how things work since I was a small child. When I was growing up, I decided to study engineering as it could help me to get a deeper knowledge about the stuff and the way they work, as well as getting some insights about how to improve them so the world can benefit from this improvement. During my undergraduate times, I found that the graduate students are working on novel research projects with the goal of improving the quality of our lives, which was very interesting for me at that time. Given that teaching is also another interest of my life, I decided to continue my education toward a graduate degree so I can have the chance to enter academia after getting a Ph.D. degree, while performing research and teaching activities at the same time.

When I was applying for an M.A.Sc. program, I was considering many factors at the same time, including the nature of the research being done there, the reputation of the university, country and associated restrictions, the weather of the city, etc. I made a list of my potential destinations, and UBC was the top in the list, as it had all the parameters satisfied.

There are several attractions within the chemical and biological graduate program, including honourable faculty, high-quality research, a well-written curriculum, and highly facilitated laboratories.

I still remember the first days I entered Vancouver. I was fascinated by the beauty of the city and the campus itself, which amazes me up to this time. Surrounded by oceans and beaches, green parks, attractive mountains. You can't simply find all these together anywhere!

Probably the most related aspect of my life was the time I was studying during my undergraduate degree, which helped me get ready for my current graduate program at UBC by refining my research skills, gaining valuable knowledge of underlying science, and obtaining some fundamental teaching assistantship skills before experiencing teaching at UBC.

Try to have an appropriate work-life balance. I saw many graduate students dealing with this, which is somehow expected if you don't manage your time well, as the workload for a graduate student is not low, especially during the first half of the studies. But having a balance can easily help to manage this situation. 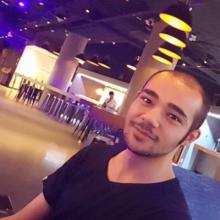 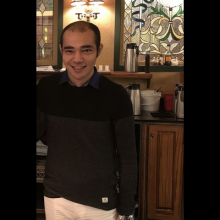 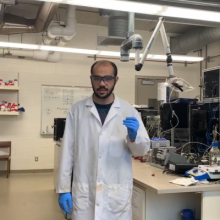 This research project aimed to develop an unprecedented water treatment system that can be used to degrade several types of organic contaminants from drinking water, which are considered as emerging contaminants, including pesticides, dyes, and pharmaceuticals. This is enabled by coupling the power of electrochemistry, i.e., to generate hydrogen peroxide on-site using cheap electrocatalysts, and photochemistry, i.e., to use newly emerged ultraviolet light-emitting diodes (UV-LEDs) which are able to convert hydrogen peroxide to hydroxyl radicals. The small footprint of the system allows its installation under the kitchen sink.