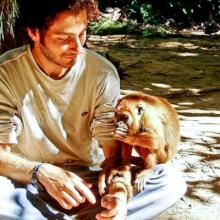 British Columbia has enormous amount of forests and the UBC Faculty of Forestry is considered one of the leading ones in the world.

I hope my research will influence the planning of forest management practices on the level of Ministry of Forests and the private sector.

1. To work in forest industry on sustainable forest use. 2. To make documentary movies about forest management and the role of society in it.

What has been your most memorable Vancouver experience so far?

Snowshoeing on Cypress Mountain between the amazingly huge old-growth trees covered with snow.

Enjoy being young and use your energy to live incredible life while you still can.

The maintenance of old-growth conditions has been identified as a primary management objective in the coastal forests of British Columbia, Canada, and the provincial government has publicly committed to preserve more than 10% of its forested land in an old-growth state. While old-growth forest is well known for its contribution to biodiversity and wildlife habitat, the stand-level features and attributes that define old-growth have been difficult to quantify. To meet the objectives for old-growth forest management there is a need for the development of old-growth indices that can be quantified directly and consistently. This is particularly important in terms of evaluating the time required for stands to develop old-growth conditions following harvest or some other disturbance event. The rate at which old-growth features recover depends on many factors including the resiliency and productivity of the forest ecosystem as well as the intensity of the disturbance event or harvesting system. To examine the rate at which old growth features develop in the coastal western hemlock forest zone in British Columbia, a chronosequence field study with a modeling component was established including 33 sites varying in age from 60 to 350 years in an area on western Vancouver Island spanning 380 kilometers in length. A set of old-growth indices were developed that showed clear trends in the development of stand structure and other attributes with increasing stand age. An emphasis was placed on indicators that could be calculated from model output and that would be practical to work with from a forest management perspective. The ecosystem-based forest growth model, FORECAST, was evaluated and refined in terms of its ability to project the observed patterns in the development of old-growth. Model run conditions and parameters were established first from theoretical assumptions, literature review and expert opinion and then were refined using sensitivity analysis to produce best goodness-of-fit between the model output and the graphs made from actual field data. The model evaluation suggests that the FORECAST model can be employed to project the impact of different silviculture systems on temporal trends in the development of old-growth conditions for the temperate rain forest region of British Columbia. 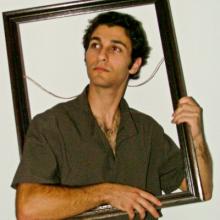 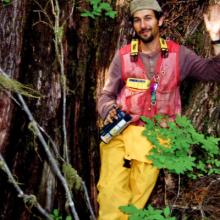