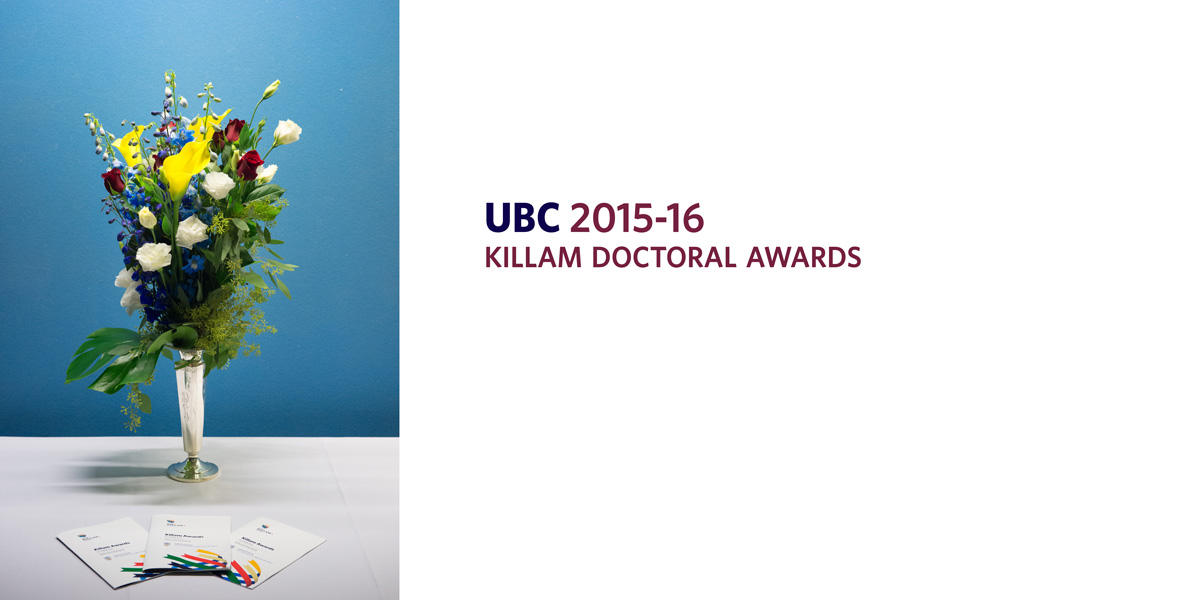 The Killam Doctoral Scholarships are provided annually from the Izaak Walton Killam Memorial Fund for Advanced Studies. These are the most prestigious graduate awards available at UBC, and are awarded to the top doctoral candidates in the annual Tri-Agency / Affiliated Fellowships competition. The scholarships include a stipend of up to $30,000 per annum for two years and a $2,000 allowance for research-related travel during the 24 months of the scholarship.

Congratulations to the recipients and their graduate programs!

For more information on Killam awards administered by  UBC Graduate and Postdoctoral Studies.