Begin at the Beginning: Defining a PhD Research Plan

UBC Graduate Student and Vanier Scholar Richie Nojang Kahatami shares with us his thoughts and insights as he develops his plan for his PhD study within UBC's Faculty of Arts, Department of Political Science.

Research Topic: The Feeling of Cohesion: Understanding and Cultivating Empathy in a Multicultural Society 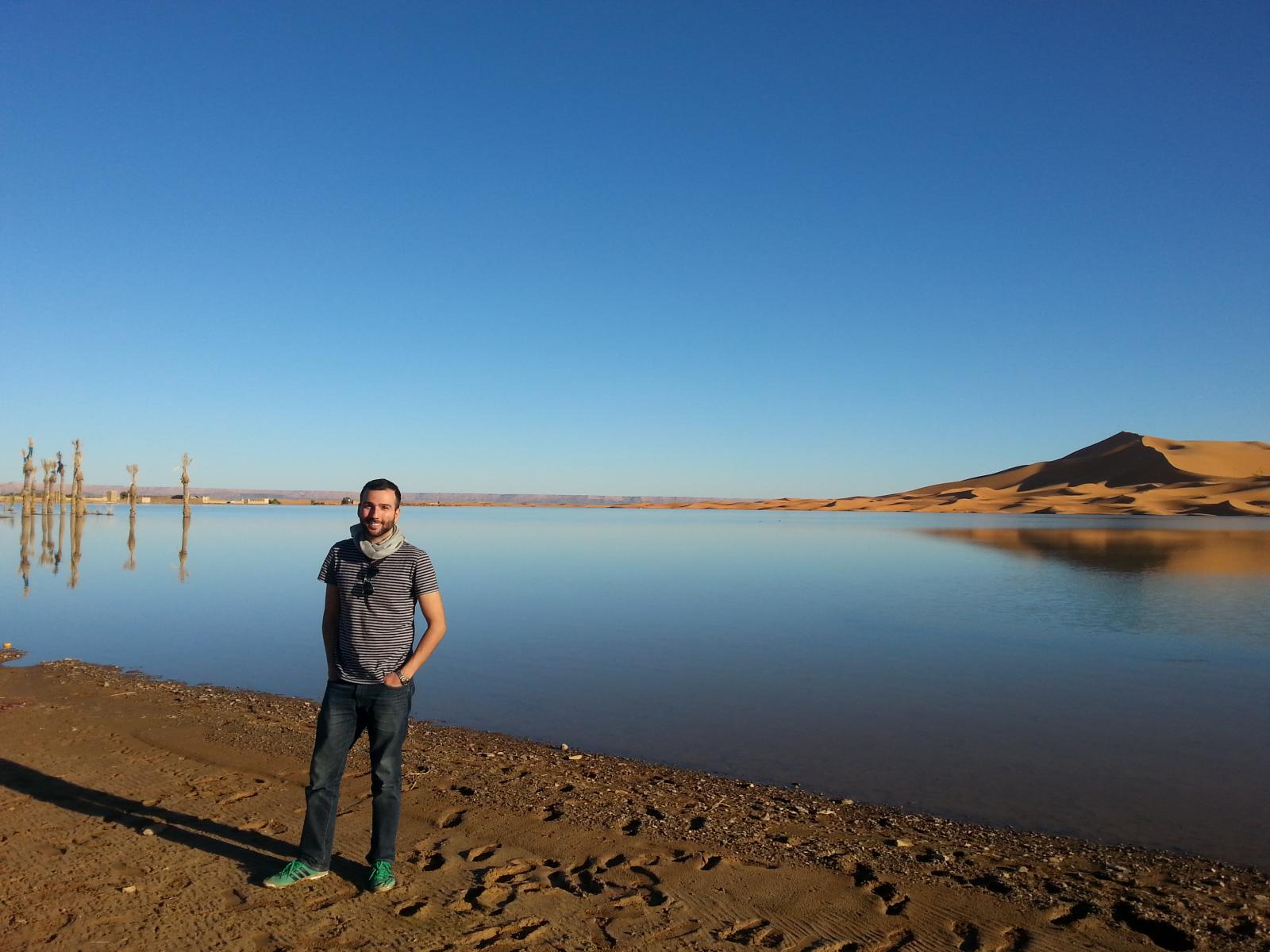 Life can take you to some strange places. I grew up listening to the stories and poems that Iranians have recited for centuries. For my family, as for many others, the words of our great writers evoked sweet but ephemeral consolation in the face of tragedy. From the time I was old enough to understand language, my parents would sit me down and read Hafez and Rumi and Saadi, all the while political turmoil and the threat of Iraqi bombs hung in the air above us. This was not the strangeness though; I was too young to understand most of it, and for my parents the hardships became familiar. The strangeness lies in where I find myself today, looking back to those memories and reflecting on what they’ve made of me.

Like so many other PhD students, I’m often asked the dreaded question that frames this story: “So what is it that you do? What’s your research about?” It’s always astounding that no matter how many times you rehearse and repeat an answer, it never seems to become easier. There’s always the inevitable pause or stutter. I work in theory. What a terrible way to start. I mean, political theory, as in how we understand ideas and the ways they shape our societies and our behaviours. Eyes begin to glaze over. Try again. I’m working on empathy – understanding how it works and how we can try to make it work better, especially in multicultural societies. There. Maybe that’s a little more interesting, or at least more specific. Now, as I begin to define my PhD research path, it is starting to feel like a good jumping-off point for the journey.

I’ve always been tuned into the vitality of empathy in human relations. It was there in the music and poetry I learned from an early age. It was there long after the bombs stopped falling, when my parents realized the only future we could have lay outside Iran’s borders; when we had to rely on the kindness of family and of complete strangers to flee our homeland. And it was there when my mother and I first arrived in Canada as refugees, my father unable to join us, leaving us to rely even more fully on the generosity of others.

The connection dwindled, though, after those early years. The reality of racism began to hit home. As hard as it is to accept for those who have never experienced it, racism has been alive and well in Canada throughout the decades, even (or maybe especially) in diverse cities like Toronto. Facing this reality, I started to think of empathy as a naïve, false hope. Who really cares about the plight of others, particularly when those others are foreign and unknown?

Despite the obstacles I’ve encountered, everything I’ve experienced since those tough years of adjustment has led me to believe that empathy gives us a chance to be better. But convincing others of this isn’t always easy. In trying to work out the role of this emotion in intercultural relations, I often have to begin by answering the question: “What exactly is empathy?” Among scholars, it’s hard to find consensus – neuroscientists and moral psychologists can actually make it more confusing by trying to provide rigid definitions – so I’ve settled on defining it broadly as feeling with others. This at least sets it apart from sympathy, which implies feeling for others and wanting to help them. Empathy is more complicated. It’s capricious. It can go in different directions. But it’s also more foundational than any other form of connection and, for me, the only place to begin. Empathy can take the form of joy or anger, anxiety or ecstasy. Empathy is the contagion of a smile, the goose-bumps you get from seeing another’s triumph, the convulsions rocking your innermost depths when witnessing another’s tragedy. No matter what form it takes, there is no living, no possibility for understanding others at all, without it.  I’m convinced by thinkers such as Jeremy Rifkin and Frans de Waal, who say that empathy is humanity’s biggest hope for surviving the challenges posed by the future.

What can empathy actually do for us though? Beyond the abstract theories of what it is, how can it be made to work in multiethnic societies? In my mind the feeling is really quite tangible. Empathy is something we can build on and cultivate through many different channels. It manifests itself through the simplest of human interactions, but is perhaps most powerful when conveyed artistically: through literature, film, photography, narrative, and other aesthetic realms.

Given the overwhelming diversity of these artistic forms, and the need to focus my enquiry, the avenue that I’ve chosen to explore is music. To me, music is one of the best conduits for understanding and expanding empathy: it has its own language; it can tell us so much in brief flashes of deep expression; and maybe most importantly, it can speak across differences in a way few other forms can.

Any project that aims to understand how a concept can be practically applied requires context. Starting with Canada, I realized I needed a point of comparison, a different cultural setting to serve as a counterpart for my point of reference. For that I chose Peru. Then new questions arose: “Why Peru? How does it compare with Canada? What can the comparison teach us?” The first and simplest answer is that for me Peru is just a captivating country with a rich history, astounding geography, complex customs and fascinating people. It’s also a deeply diverse multiethnic society with some similarities to Canada in terms of its colonial history: like Canada, it has a Native population (albeit a much bigger one) that has been struggling for recognition and inclusion alongside minorities and mixed groups whose identities tend to remain for the most part fluid. And most importantly for my viewpoint, Peru is prolific in its cultural output, maintaining a powerful tradition of artistic expression – especially music.

This, then, is my point of departure. The itinerary has me carrying out a set of experiments at UBC before taking off to Lima to test the same conditions in a different context. In Canada it’s the music of Aboriginals on the west coast, and soul music produced by African-Americans in the 1970s, with resonances of recent racial tensions in North America. In Peru it’s native Quechua rhythms and Afro-Peruvian music that tells of similar struggles. The question at the beginning: what effect does this music have on the empathic responses of other groups? The question in the long run: what do these responses tell us about people’s capacity for empathy in various settings, and how can this capacity be further cultivated through different channels and institutions?

I’m aware of the challenges of a project like this. I’m often reminded of them. But the story is just beginning, and at the beginning I think something like a leap of faith is needed. The truth is that I don’t think I’ll know anything for sure until I’ve done the work and gathered some results. From there the possibilities seem more fruitful. For now it’s only a hunch, though one I’ve come to believe in strongly.

I feel that I have to take a shot at an idea like this so that it can develop into a useful and rewarding dissertation. But I also feel that it’s a personal journey, something that’s connected to everything I do in life. Whether through this research or writing fiction or making music, I find the source of my motivation the same: the childhood ideas on which I was raised. Ideas of human connection that go beyond tolerance to something deeper; an essential connection. As in the poet Saadi’s famous lines:

Human beings are limbs of the same body,

For in creation, they are of one essence.

If time brings one of these members pain,

Other members will not remain in peace.

And conduits for that connection like what Rumi expresses in some of his most poignant lines:

All day and night, music,

These are the elements that bind us, and I find myself constantly going back to them for inspiration. Though cultivated on a particular terrain, I see them as universal, windblown forms of expression that have found a home on many fertile soils. I hope to find these expressions in their variegated forms, in the open squares of Lima and Cuzco, just as in the streets and meeting places in Vancouver and Toronto where they flow between people of different backgrounds, promising greater inclusion, unity and understanding.

All this remains to be seen, experienced and documented. For now, as I take my first steps along the journey, there are two thoughts that guide my beliefs and my work: all of us, whether strange or familiar, are above all fellow travellers in the winding terrain of life; and it’s only through one another, as our paths connect, that we can find ourselves.