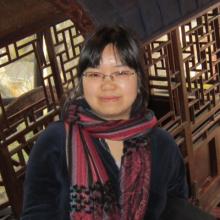 After completing a master degree in literature, I decided to pursue a PhD mainly because I wanted to expand my views on the research field and deepen my thoughts on the questions I raised in the MA thesis. I believe further advancing my education in an international setting will bring more opportunities to conduct in-depth research and reach a meaningful understanding of the research topics. Independent research projects encouraged in graduate program are ideal for the students to fulfill their imagination and creativity. Graduate school holds plenty of chances for the students to communicate academic topics with professors and fellow researchers, and share with community members on broader issues. Such rare experiences will not only sharpen my thoughts on the field topics, but also deepen my comprehension on the world around me. I also hoped to prepare my future career path through the professional experiences obtained from teaching and research jobs and volunteer activities connected with graduate program.

UBC is consistently ranked among the top universities in the world. It has a good reputation for its research productivity, excellence in teaching and learning, international collaborations. It supports graduate students in many ways. It provides all kinds of scholarships and awards which are not limited to domestic students. As an international student, I was excited when I received the offer from UBC with a four-year scholarship. My dream of graduate study came true without much financial worries. UBC is also recognized as the most international university in North America. Its cultural diversity provides great opportunities for graduate students to exchange thoughts with each other within and beyond academic programs. Vancouver campus of UBC is the most beautiful campus that I have ever visited. It is surrounded by forest from one side and beaches from the other. The view of snow-capped mountain and ocean from the rose garden attracts tourists from all around the world. I decided to study at UBC also because of the close relationship among faculty community, its encouragement of learning innovation, as well as its openness for international collaboration.

The Department of Asian Studies at UBC is one of the leading in this area in Canada. It provides courses with diverse topics on Asian histories and cultures, literature and arts. Such interdisciplinary training has broadened my views on specific research topics. Its nine language instructions offer graduate students great opportunities to advance research languages, which will sharpen their thoughts when they deal with the first-hand research materials with the newly mastered languages. Various seminar courses designed for graduate students are great sites where I can directly discuss with professors on the specific topics that are particular interesting to me. There are also lots of academic activities held within department and on campus. Dialogues and discussions in such events are essential to my study and research.

Before I came to Canada, I thought it was cold. Anxiety of living in an unfamiliar city made such impression deeper. To my best surprise, Vancouver is a warm place. It is actually the warmest place in Canada! I encountered many interesting people on campus who became my good friends later on. I also made friends with local people, such as my landlords, store owners and cashiers, parents and elders in the community. Most of them are awesome listeners to those from other countries. I have experienced its diversity and inclusiveness in many ways, especially through attending theatrical and cultural events related to my research projects. The natural environment is the best part of Vancouver. I have enjoyed every season of it.

I chose UBC as its cultural diversity provides great opportunities for graduate students to exchange thoughts with each other within and beyond academic programs. Also because of the close relationship among the faculty community, its encouragement of learning innovation, as well as its openness for international collaboration.

My interest in reading broadly and training in writing from undergraduate years prepared me in many ways for the graduate program at UBC. Particularly, my hobby in traditional opera and culture fostered my research insights in theatrical and intellectual histories of Chinese society. Attending theatre clubs and amateur gatherings for many years, collecting performance materials including audio video records, interviewing actors and other theatrical practitioners, and other relevant activities paved my way to the comprehension of Chinese theatrical world, which eventually invites a subtle narrative on a particular historical period of Chinese history, forming the thesis topic of my PhD project.

Explore the richness of academic resources on campus and enjoy the cultural events beyond campus as much as possible when you are in the first years of the program. Be mindful of key questions you want to investigate for your own project while exploring the vast amount of information via courses and lectures. For students in the field of humanities and arts or other related programs, language skills are essential to your future research projects and career. There are many effective ways to reach that goal, such as taking language courses, participating in exchange programs, and making friends with native speakers around you, etc.

Competition between kunqu and other theatrical genres became phenomenal as early as in mid-Qing Dynasty (around 1780s). The “rising” of the flowery theatrical forms (huabu)—jingju and other genres, and the “declining” of the elegant one (yabu) –kunqu, had been identified by scholars as the significant power transition in Chinese theatre history. Such inter-genre interactions invite nuanced narratives and analysis in later historical periods when richer research material with diverse forms were preserved. This dissertation focuses on the interactive relationship between two major traditional Chinese theatre forms—kunqu and jingju in late Qing and Republican China (1870-1941). By analyzing, contrasting, and comparing of the artistic lives and achievements of two representative actors: Yu Zhenfei (1902-1993) and Zhou Xinfang (1895-1975), I examine the artistic and social conditions in which kunqu continuously lost its control as a superior theatrical form. Particularly, I reveal the reasons for its failure of professionalization under the drastic socio-economic transformations of a particular historical period. I also investigate the dynamic factors for the expanding power of jingju on the stages of Shanghai, the metropolis which had just begun its modernization.